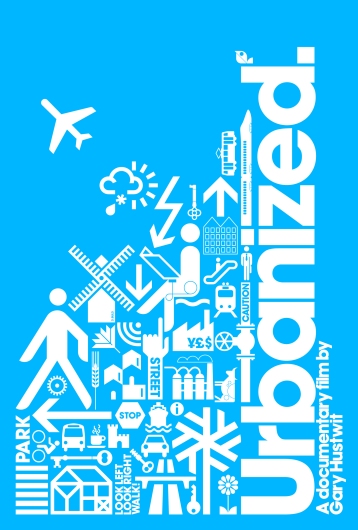 The third volume in Gary Hustwit’s super SWPLy design series for the TED crowd — following his previous HELVETICA and OBJECTIFIED — I found this documentary only intermittently engaging. I enjoyed HELVETICA, which looked at 20th century typography via the lens of the titular example, but like OBJECTIFIED (which I feel asleep during), URBANIZED felt too unfocused to me.

The movie is a series of short segments that skips around the world as it examines a particular urban dilemma, for example, the slums of Mumbai, public transit in Bogota, historic preservation in New York City (via the example of The High Line), suburban sprawl in Phoenix, economic depression in Detroit, and too-rapid urbanization in Beijing. There’s nothing necessarily wrong with this hodgepodge approach, but more often than not it was like reading a superficial textbook to a urban studies 101 class with a bland title like Problems in 21st Century Urbanism: A Global Survey.

I know I should review the movie presented and not the one I want, but I was hoping for more about the elements of successful city design. What makes for a good (i.e. popular, beloved) park or street? Why do certain areas repel people, while others seem perennially crowded? The best parts for me were the head of the NYC planning department explaining the importance of moveable seating in parks, another designer pointing out why the great European town squares are less than 100m x 100m (it has to do with the human eye’s field of vision), and a Danish official on how Cophenhagen reengineered its streets to be more bike-friendly.

There are a few jabs at top-down, Modernist design, too, if only in passing. After some beauty shots of Brasília that would thrill MCM geeks, one talking head notes that the pedestrian-level experience of the city is a “disaster.” A couple of starchitects don’t come off so well either. Sir Norman Foster yammers some flat rhetoric about the importance of technology and Rem Koolhaus is good for some po-mo babble. Regarding his CCTV building, Koolhaus admires that it’s a “building that doesn’t have a single identity” but instead an “unlimited amount of identities.” Someone should let Koolhaus know that the citizens of Beijing have bestowed a single identity on it.