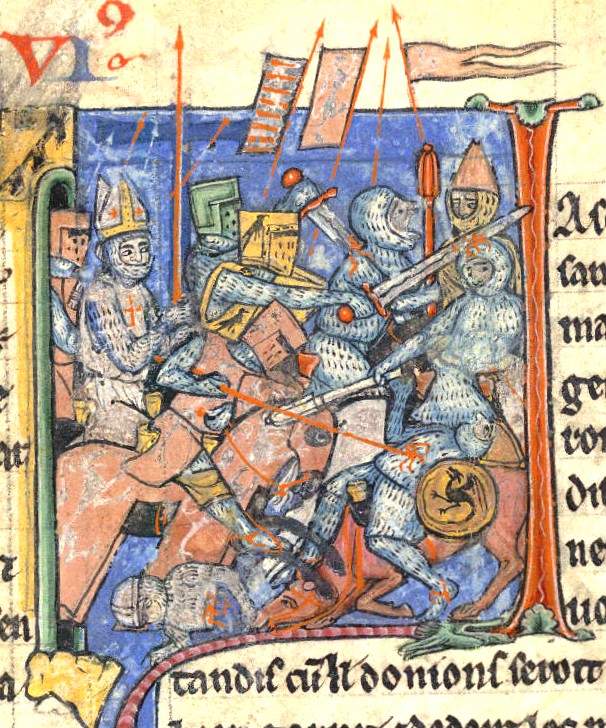 Detail of battle scene outside Antioch, c. 1098 from Estoire d’Outremer by William of Tyre, the British Library

One of the first major victories for the Europeans of the First Crusade was the capture of Antioch. After eight months of laying siege to the city, the Christian knights captured it in May 1098. However, their victory was short-lived because the Muslim armies regrouped and, in a matter of days, the former besiegers became the besieged. Trapped in a city they had spent months starving out, there was little food or supplies to sustain the Crusaders.

But a monk named Peter Bartholomew had good news. Bartholomew claimed that St. Andrew had appeared to him in visions and told him that the Holy Lance that had pierced Christ’s side during the Crucifixion was located in Antioch and, if the knights found the Holy Lance, they would survive the siege. 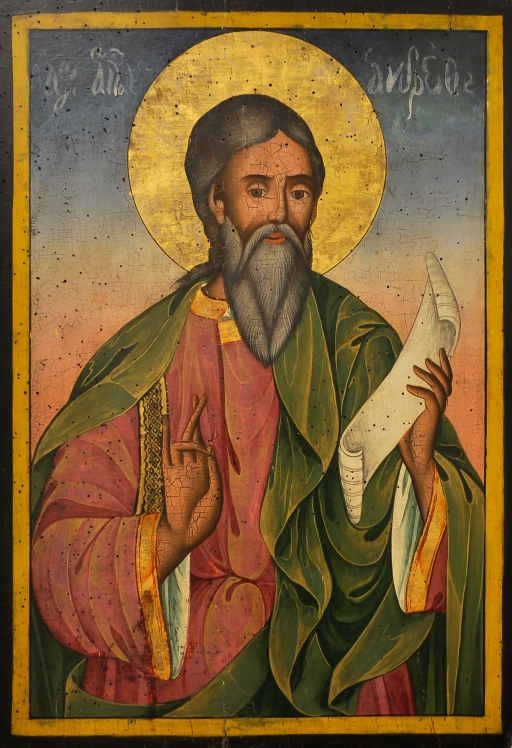 Saint Andrew the Apostle by Yoan from Gabrovo, 19th century

Bohemond, an Italian noble and one of the most respected knights of the Crusade, thought Bartholomew’s story was ludicrous. Others pointed out that the Holy Lance was already in Constantinople, so what the hell was this nutty cleric talking about? But Raymond of St. Gilles, an influential French noble, believed Bartholomew and convinced the other knights that they should search Antioch for the Holy Lance. So, the Crusaders searched. They found nothing.

Peter Bartholomew searched too and — surprise! surprise! — he found the Holy Lance, telling everyone that it was exactly where St. Andrew said it would be. Bohemond didn’t believe any of this bullshit, but the rest of the knights, perhaps looking for the slightest shred of hope to motivate them, hailed it as a sign. The knights decided to break out of Antioch and on June 28, 1098, they did so. The Muslims were waiting for them but, due to their inability to coordinate their forces, the Christians routed them. Praise be to God, the Europeans got their much-needed supplies while still holding on to Antioch. 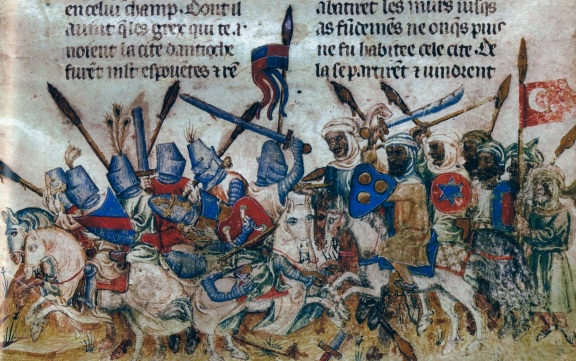 Even after all of this, Bohemond refused to believe any of the Holy Lance nonsense. Bartholomew, who wasn’t about to back down, insisted the Holy Lance was legitimate and that he didn’t plant anything. In the spring of 1099, Bartholomew decided he was going to prove once and for all that the lance was genuine by undergoing the ordeal by fire. Clad only in normal clothing and carrying the Holy Lance for divine protection, Bartholomew walked through a hallway, at a moderate pace, filled with burning logs stacked on either side. Before the ordeal began, he predicted that he would come out unscathed. 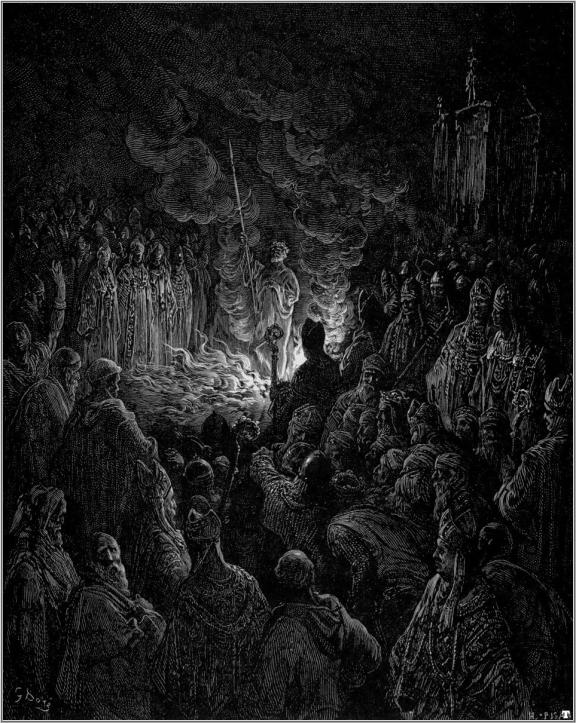 Barthelemi Undergoing the Ordeal of Fire, by Gustave Doré.

NOPE. When Bartholomew emerged at the other end, he was a walking cinder. After days of intense agony, he died. “I told you so, morons!” said Bohemond. (I’m paraphrasing here, my Latin is a little rusty.)

Amateur, dilettante, wannabe.
View all posts by Blowhard, Esq. →
This entry was posted in Philosophy and Religion and tagged history, Middle Ages, The Crusades. Bookmark the permalink.

10 Responses to Crusader Follies: Peter Bartholomew and the Holy Lance