Good lord, the ways some people dress these days. 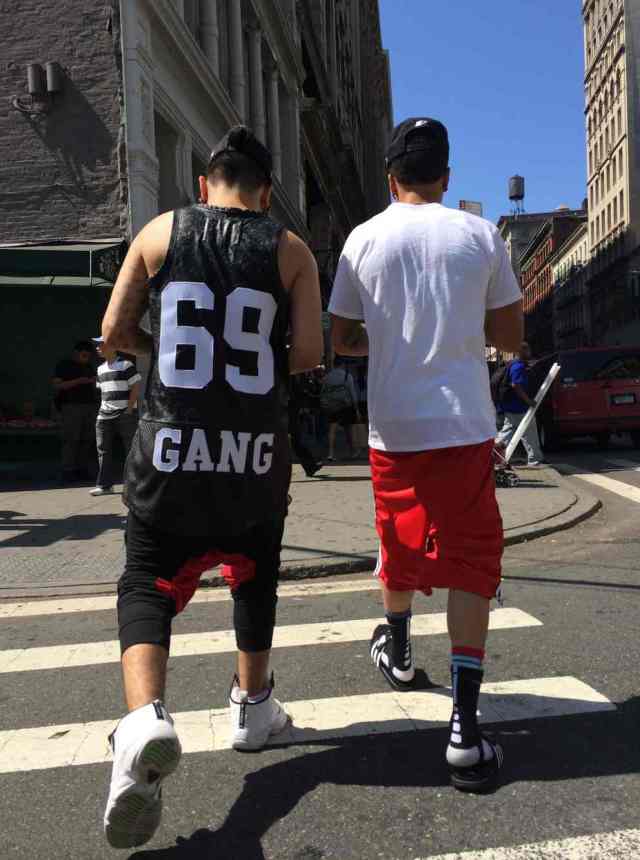 Mr. Gang was so devoted to demonstrating his Badness that he kept flashing a roll: 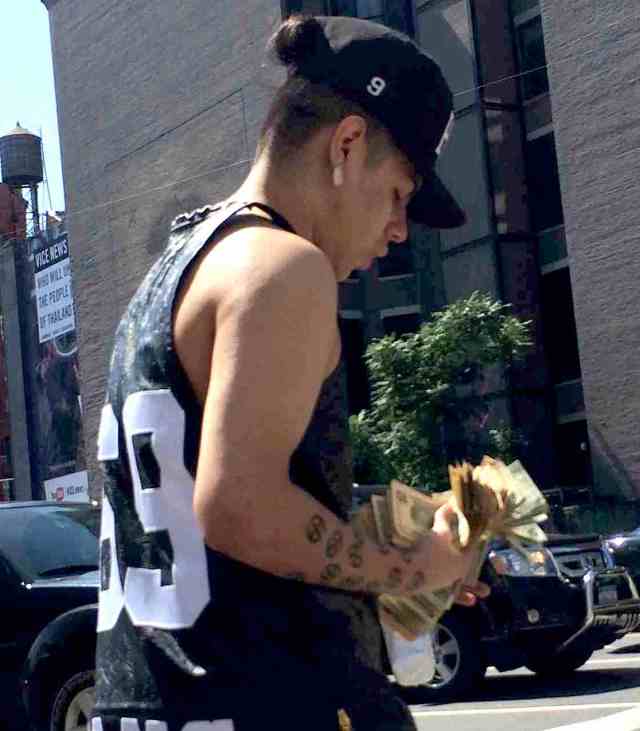 LOL: I just noticed for the first time that his forearm tattoos match the number on his jersey. Well, you can’t accuse him of not having made some efforts to coordinate his look.

When did everyday people start morphing into cartoons? It isn’t just the always-prone-to-overstatement ghetto crowd; working and middle-class people look more and more like comic-book versions of themselves. When I was younger, grown men didn’t routinely walk around the city in baseball uniforms and grown women didn’t routinely project themselves as fashion drawings. My wife and I often find ourselves marveling at the way today’s young people look like anime and manga versions of young people. The old attitude was: Fantasy is out there to be enjoyed and very occasionally indulged in, but real life is real life. These days the distinction between real life and fantasy seems much more blurry. I blame this development on Photoshop, but it wouldn’t surprise me if readers have more persuasive theories.

Onetime media flunky and movie buff and very glad to have left that mess behind. Formerly Michael Blowhard of the cultureblog 2Blowhards.com. Now a rootless parasite and bon vivant on a quest to find the perfectly-crafted artisanal cocktail.
View all posts by Paleo Retiree →
This entry was posted in Trends and tagged fashions, male fashions, street photography, trends. Bookmark the permalink.