“Why Not Have a Beautiful Home?”

I’ve been focusing too much on crappy buildings lately. Let’s pay attention to the positive, shall we? Southern California has plenty of well-kept, modest, charming neighborhoods, if you’re willing to look. All of the following homes are within a few blocks of one another in Tustin, CA.

Built in 1881, this was the southern California retreat of David Hewes, “the maker of San Francisco” who provided the golden spike at Promontory Point. Hewes is buried in Mountain View Cemetery, the final resting place of the wonderful Julia Morgan. 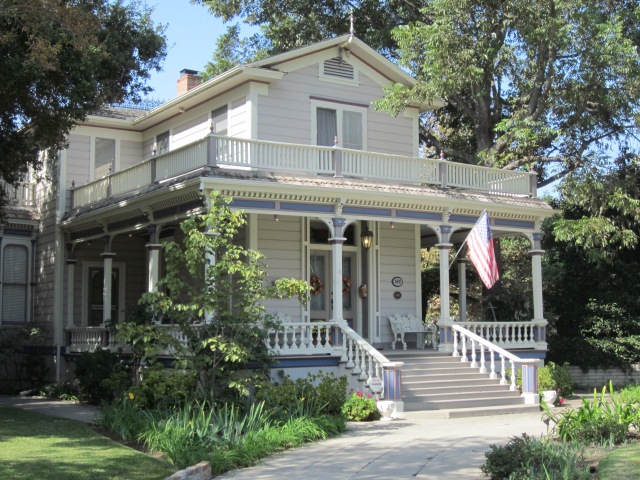 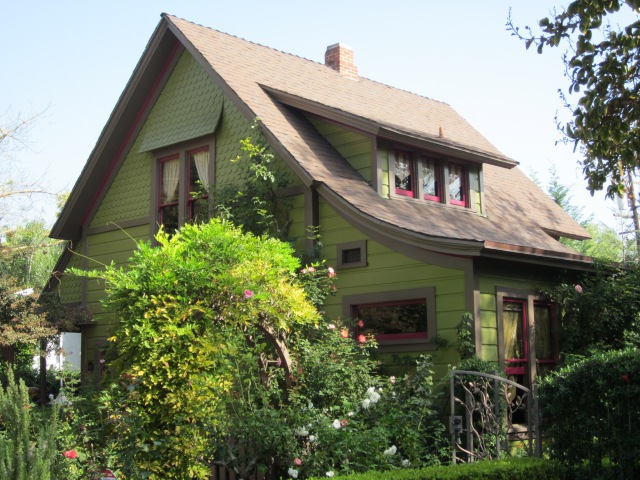 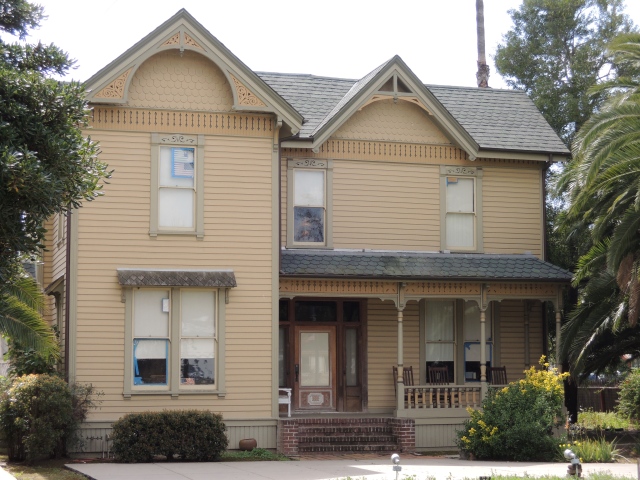 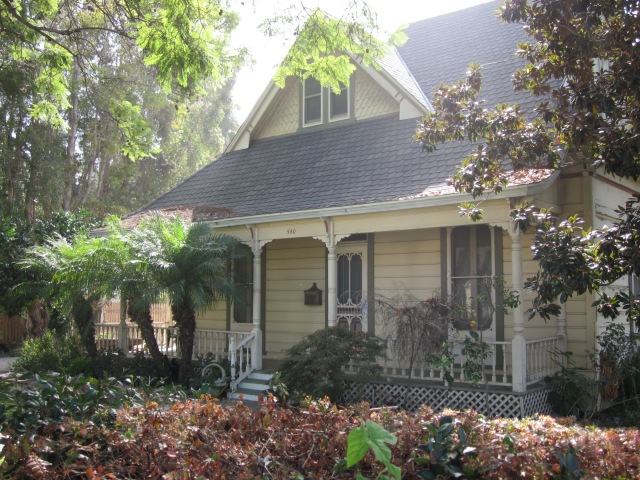 Flash-forward a couple of decades and the bungalow is the thing. 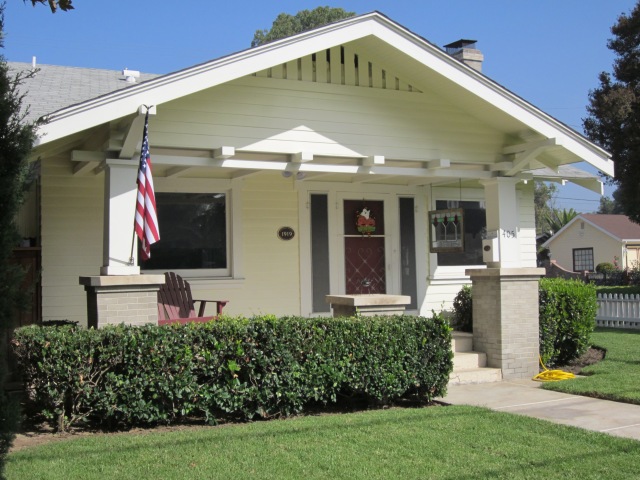 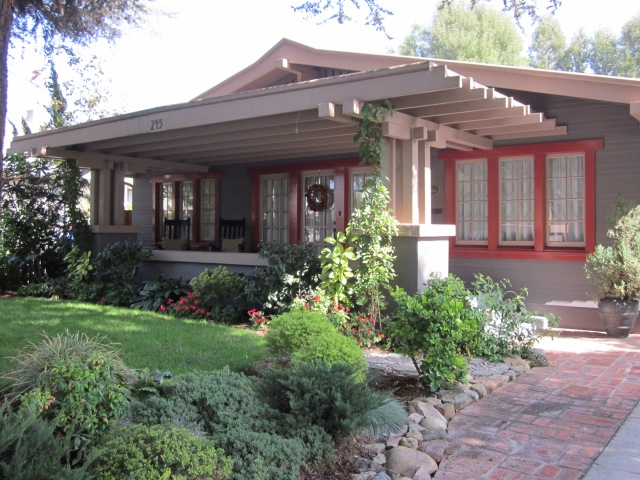 I was in Orange, CA today, another human-scaled neighborhood in the normally car-dominated megalopolis. Here’s a sampling of what I saw. Like Tustin above, the neighborhood dates from the 1890s to 1920s, so the same mix of Victorian and Craftsman-style bungalow. 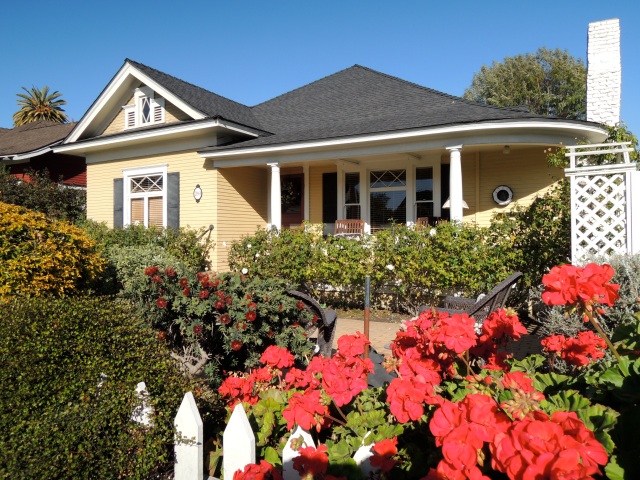 Love the sunroom on the right of this one. 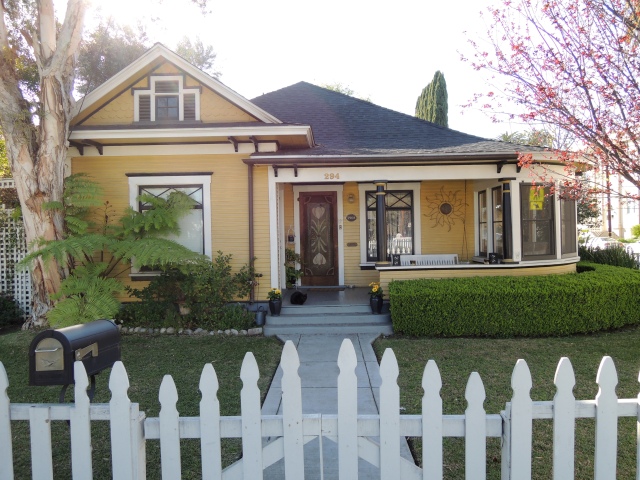 Many of the houses have those little historic plaques near the doorway proudly displaying the age. Anything over a 100 years old in this part of the country might as well be medieval. 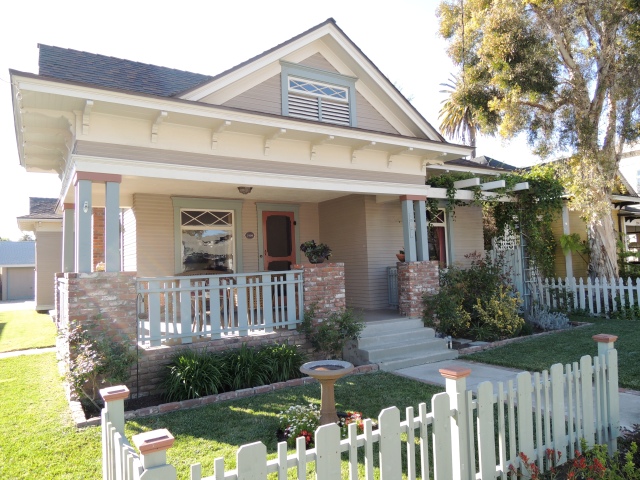 As I was shooting this one, the owner of the house immediately to the right outside the frame said, “Everyone is always taking pictures of that house.” The lack of trees between the houses makes for a nice line-up.

The arbor gate into a church. 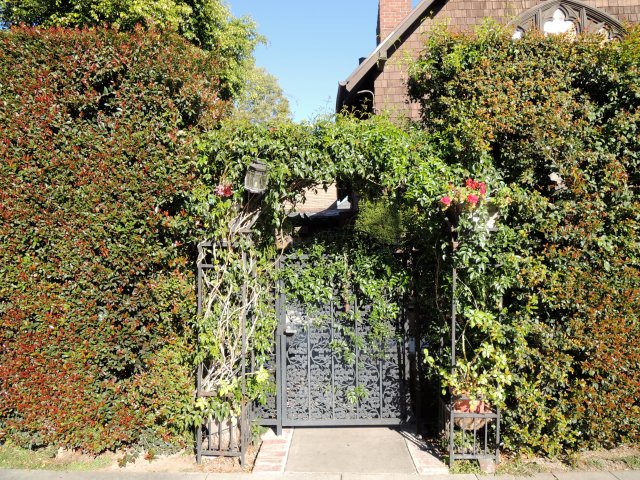 This one looks more modern to me. Still fits in snugly with its surroundings.

The same architect as the McCharles house above? Or were they merely copying the color scheme? That green and purple-pink does lend an enchanted air.

12 Responses to “Why Not Have a Beautiful Home?”