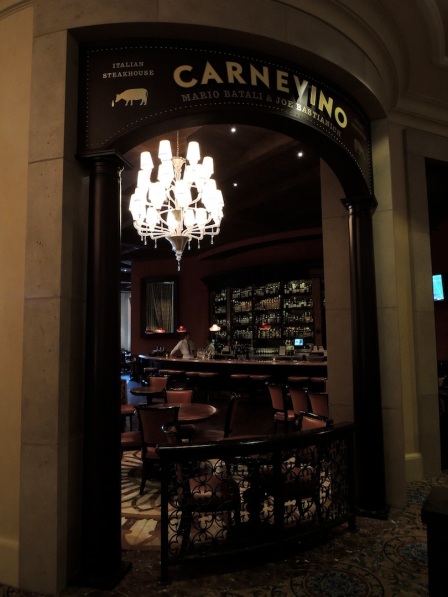 Apparently it’s Carnivore Weekend here at UR, because along with PR’s post about the dee-licious Umami Burger, I thought I’d share a few shots of one of Vegas’ best steakhouses.

As the picture above shows, Carnevino is the creation of Mario Batali and Joe Bastianich. In a town boasting steakhouses from other celebrity chefs like Jean-Georges, Tom Colicchio, Emeril, and Gordon Ramsay, Batali & Bastianich’s place regularly ranks at the top of the heap, and is even considered one of the best in the nation. 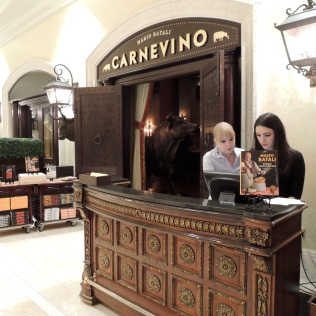 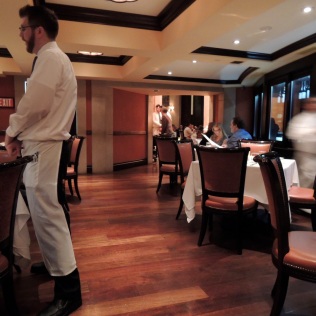 On the left is focaccia bread served with the house butter and lardo. Lardo is whipped pork fat seasoned with a little rosemary. The server said, “It’s Italian butter — healthier than the regular kind.” Earthy and wonderfully unctuous. On the right is the Caprese salad, one of the appetizers recommended by our server. Sure, the burrata and pesto were great, but the tomatoes were so delicious they didn’t need anything else — savory, tart, and sweet. Why do we put up with the shiny red flavorless mush at our grocery stores? And although they’re not pictured here, the roasted Brussels sprouts are bliss. 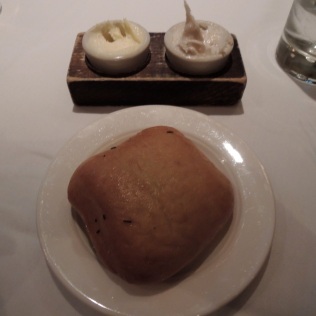 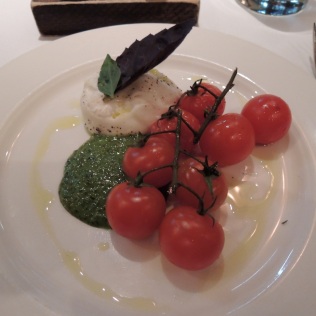 Their signature steak is the dry aged bone-in ribeye for two. When it’s ready, it’s brought tableside and sliced for you. (I wish I got a shot of the gentleman who prepared the steak for us because he had a white-haired pompadour to give Jim Jarmusch a run for his money.) 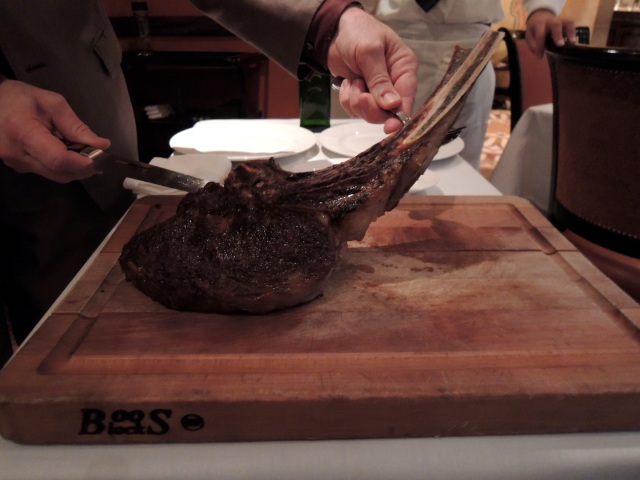 Tender, well-marbled, flavorful with a great crust. What more can you ask for? They leave the bone on the table for you to chew on because some of the best meat remains attached to it. Don’t be shy — indulge your inner caveman! 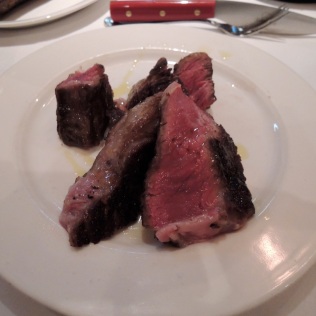 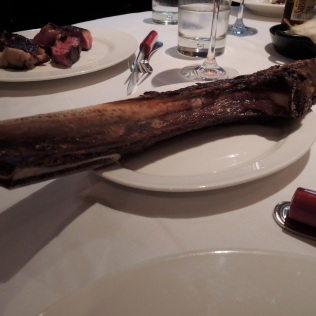 7 Responses to Carnevino at the Palazzo