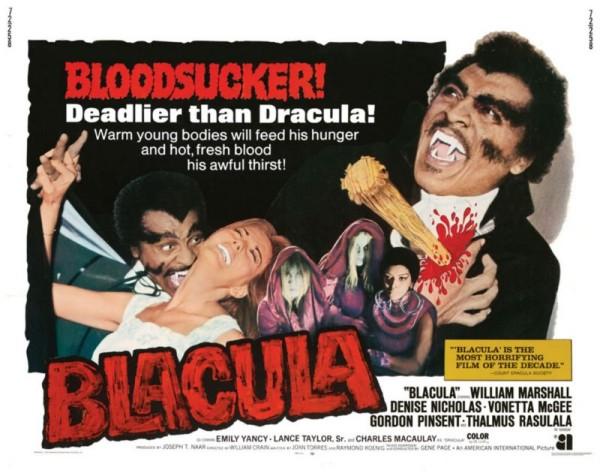 Early blaxploitation, directed by William Crain and starring William Marshall as an 18th century African prince who, bitten by Count Dracula, wakes up in 1971 L.A. It’s a surprisingly straightfaced movie — far less of a spoof or a goof than I expected, with Marshall giving a genuinely suave, dignified and intense performance. That said, on the technical and budget level the film is like cheesy ’70s TV. I enjoyed the picture’s gaudiness, its performers (among them: Vonetta McGee, Thalmus Rasulala, and Charles Macaulay), its style and sensibility, and its unhurried storytelling … until the climactic action scenes, which, alas, I found dull, and which finally put me to sleep.

Onetime media flunky and movie buff and very glad to have left that mess behind. Formerly Michael Blowhard of the cultureblog 2Blowhards.com. Now a rootless parasite and bon vivant on a quest to find the perfectly-crafted artisanal cocktail.
View all posts by Paleo Retiree →
This entry was posted in Movies and tagged '70s movies, Blaxploitation, movies, William Crain, William Marshall. Bookmark the permalink.