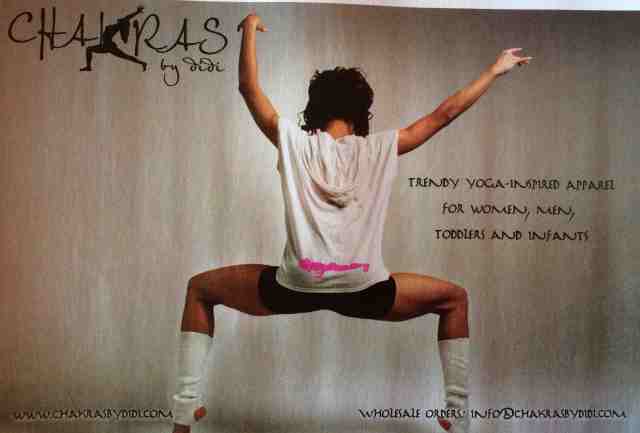 Could be wrong, but I’m pretty sure that this is the first time I’ve run across the adjective “trendy” being used (non-ironically, anyway) as an enticement. Is calling something “trendy” and meaning it as praise becoming a trend?

Onetime media flunky and movie buff and very glad to have left that mess behind. Formerly Michael Blowhard of the cultureblog 2Blowhards.com. Now a rootless parasite and bon vivant on a quest to find the perfectly-crafted artisanal cocktail.
View all posts by Paleo Retiree →
This entry was posted in Commercial art, Humor, Trends, Women men and fashion and tagged ads, advertisements, humor, trends, yoga. Bookmark the permalink.

2 Responses to The Trendiness Trend