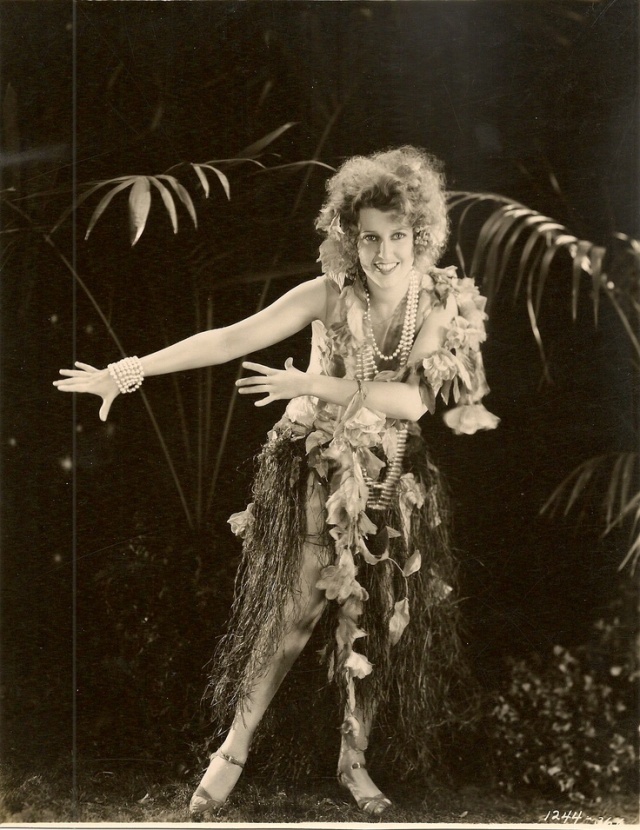 Like many early talkies, the 1930 “Let’s Go Native” is so effortlessly weird it serves as proof an innate American tendency toward surrealism. Jeanette MacDonald — still in her lingerie-naughty, pre-MGM phase — plays a Broadway costume designer who oversleeps one morning, leaving the leggy showgirls in her outfit confused as to which color panties they should wear. (An intertitle describes the show as “an hour of panting whirls and whirling pants.”) The production is about to move to Argentina, but MacDonald can’t go: she’s broke, and her furniture is being repossessed by a group of movers on break from a Mack Sennett two-reeler. The head repo man is played by the frog-throated Eugene Pallette, one of the eminent grotesques of American films. Every time he warns his underlings against breaking something, he promptly turns around and knocks over a clock, a wardrobe, or a piano.

None of this stops MacDonald from obtaining passage on an ocean liner to Buenos Aires. She’s joined on the vessel by her amour (James Hall), an heir whose father disapproves of the relationship, and two guys involved in a dispute over a traffic accident. One member of the latter party, played by Jack Oakie, bears the unlikely name of Voltaire McGinnis. The first name, he explains, is a corruption of “Walter,” the naming official present at his birth having been Jewish. Also on the ship is a legion of leggy showgirls (the movie takes leggy showgirls to be a societal constant), and every now and then the other characters join them in singing and dancing. (Though assisted by kaleidoscopic camera tricks, the choreography is rudimentary at best.) Kay Francis is present too. She’s playing the society gal of MacDonald’s beau — the gal deemed worthy by his father. The fellow gets one look at her slinky maleficence and he’s conflicted: Does he choose the angelic MacDonald or the devilish Francis? The two women are like better-dressed versions of those representatives of good and evil that materialize on the shoulders of indecisive cartoons. They present a sweetly sexy dilemma.

Before he can make a decision, the ship wrecks on an island. Fortunately, it’s inhabited by natives. Even more fortunately, the natives are played by (what else?) leggy showgirls wearing afro wigs. Their ruler is the previous shipwreckee (Skeets Gallagher), a funny little guy from Brooklyn who has all the gals speaking fluent Brooklynese — they’re opening “ersters” to look for “poils.” Here and there are more musical numbers, including one set in the imagination in which MacDonald frolics in the snow before turning into an ice sculpture. Having experienced enough of this nonsense, the island then blows up, at which point all present throw up their hands in exasperation and agree to live happily ever after.

Incredibly, director Leo McCarey keeps the whole thing tonally consistent. Despite the zaniness, nothing in “Let’s Go Native” feels hurried or frenetic; it’s permeated by that cool, unencumbered quality one expects of a McCarey film. McCarey had a knack for making physical comedy seem an inevitable upshot of the interaction between actors and the spaces surrounding them. And this predilection toward what might be described as a kind of naturalism often bled into his players’ characterizations: The figures in McCarey’s films are among the most tactile in American movies. McCarey summed up his approach in an interview given to “Cahiers Du Cinema” during the 1960s:

I have a theory…with a very exact name: “the ineluctability of incidents,” which is applied to the construction of all of my films. To formulate it another way: if something happens, some other thing inevitably flows from it. Like night and day follow each other, events are linked together, and I always develop my story in this way, in a series of incidents, of events which succeed each other and provoke each other.