Eddie Pensier writes:
As should be obvious to regular readers, I’m hardly a scientific type. Music, food, drink, and art are more my speed. But every once in a while my brain drifts briefly to rationality and I enjoy learning more about science. Here are five means to do so, aimed at the layperson.

The Disappearing Spoon, and Other True Tales of Madness, Love and the History of the World from the Periodic Tales of the Elements by Sam Kean

Kean tells witty and informative stories of the periodic table, from its creation by notorious oddball Dmitri Mendeleev to the fact that aluminium was briefly more valuable than gold, to the treatment of bipolar patients (including poet Robert Lowell) with lithium. History lovers and sciencey types will adore it. 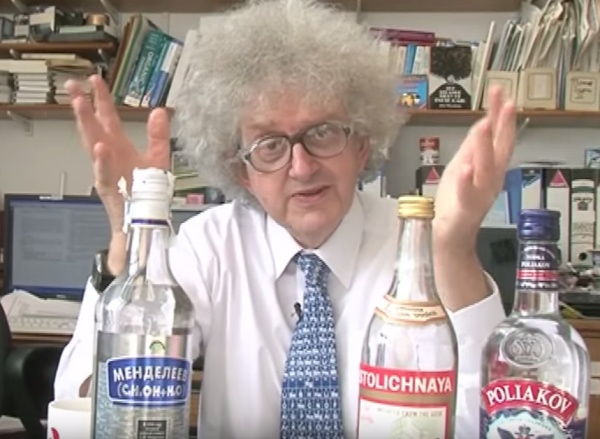 Periodic Videos
An even better pop-chem resource is Periodic Videos, a YouTube channel featuring brief chats and experiments about chemistry. The series was created by Australian video journalist Brady Haran and features the chemistry faculty of the University of Notttingham, the most prominent member being the ebullient, halo-haired Sir Martyn Poliakoff. (Other favorites include geek-girls Sam Tang and Debbie “Boron” Keys). At first Periodic Videos merely made short explanations of each element of the table in order, sometimes accompanied by experiments, but after number 118 they moved onto molecules, scientific curiosities, and freaky-but-awesome clickbait such as the revolting result of soaking a cheeseburger in hydrochloric acid, or what happens when a jelly baby gets violently incinerated in a beaker of potassium chlorate. Haran also has other video projects such as Sixty Symbols for physics and cosmology, and Numberphile for mathematics, all compelling.

The God Particle: If the Universe Is the Answer, What Is The Question? by Leon Lederman and Dick Teresi

Nobel laureate Lederman is an incredibly engaging storyteller with a passion for puns. In The God Particle he jaunts through several thousand years of physics, making it clear and comprehensible, at least until the few chapters dealing with accelerators and his own Nobel Prize-winning work, which escaped my comprehension. But Lederman’s passion for science education, erudition, humor, and disdain for bullshitters who use quantum physics as an excuse for hoodwinking the gullible (just because some weird things are possible, does not mean that every sort of weird thing is possible) are clear. Also, may be a bit dated, since the at-the-time undiscovered Higgs boson has been found. Still worth reading. 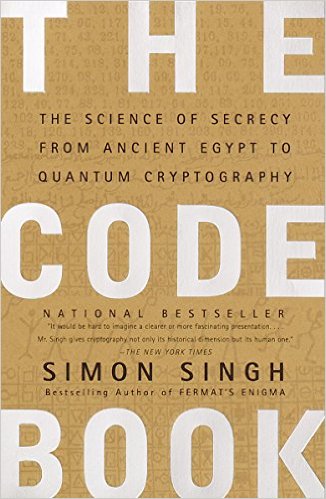 The Code Book:The Science of Secrecy from Ancient Egypt to Quantum Cryptography by Simon Singh

Ever wondered how your emails stay secret, or how you can buy stuff on the internet in relative safety? This plus the stories of Mary, Queen of Scots’s code failures, Enigma, Julius Caesar, the Rosetta Stone, the Beale Cipher, and other undecipherables, are retold by Singh in a flowing, well-paced and clear style. (You might know Singh as the writer sued by a bunch of British chiropractors when he called them out in the Guardian. He prevailed.)

Your one-stop-shop for ammunition against quackery, health fads, and misinformation. Contributors include Steven Novella, David Gorski (whose own Respectful Insolence blog is itself a treasure trove of goodness, albeit a fairly long-winded one), Harriet Hall, Jann Bellamy, and the hysterically witty Mark Crislip. Frequent subjects include anti-vaaccination hysteria, bogus dietary supplements, dangerous or misguided popular advice (Dr Oz and Vani “Food Babe” Hari get particularly harsh treatment) and the phenomenon of alternative medicine in general. Don’t miss the comments, either.