Bit by bit I find myself returning to classical music.  I was never an expert but I was enough of a fan in my youth.  Back then it was not uncommon for classical music to form at least a small part of a well-rounded education.  And families spread the word as well.  My father preferred 101 Strings 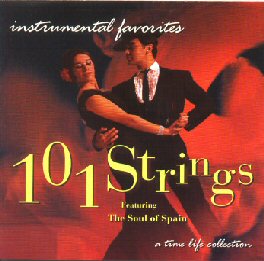 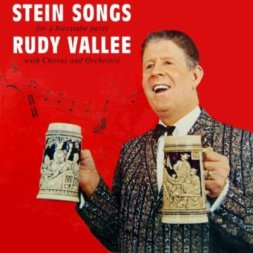 but we had our share of the classics too.  We had several of the Reader’s Digest “World’s Greatest Music” LPs, including #1, which consisted of selections from Bizet, Rimsky-Korsakov, Rachmaninoff and, of course, Dukas.  The Sorcerer’s Apprentice got a lot of play.

When rock and roll came in, it delivered a severe body blow to the popular music it displaced, and it took me several decades before I could listen to Richard Rodgers without thinking of the treacly versions I’d grown up, recycled for the TV.  I paid less and less attention to the classics but neither did I reject them.  They just went into a kind of remission.  I bought a half decent set of classical LPs and dabbled in the classics when CDs came in.  But over time the thread was mostly lost.

My daughter’s turntable has caused me to pull out the old LPs.  And I even realized, belatedly, that my iPod had caused me to ditch my CD player, and that I had another cache of those in the basement, including things like Mozart’s complete piano concerti.  I am working my way back through the catalogue and using that experience to pull from the essentially unlimited stock of classics at my local library.  It has been an unexpected pleasure.

One thing that surprised was how entire chunks of music, not in rotation for several decades, sprung back to life quickly.  The Rachmaninoff in the Reader’s Digest LP above for instance: you know that one:

It was like I had the entire recording in my head, and it was triggered when the music started up.

Another joy: Mozart.  In my callow youth I liked Mozart well enough but never quite got him, never quite understood all the fuss about the Mostly Mozart festival.  It was the Sixties: give me the Sturm und Drang any old time.  Now?  Mozart’s Symphony 41  (Jupiter), which I had on LP and admired well enough, strikes me in the current day as perfection and nothing but perfection.  How does he manage to take all that restraint that characterizes his era and pack all that passion into it, especially in the last movement?

Music in the Classical era had moved away from intense counterpoint in favor of accessible and beautiful melodic material.  Here, Mozart pulls of a high wire act, fashioning a fugue out of the various melodic elements that were put into play over time.  I was happy to get lost.

Gainfully employed for thirty years, including as one of those high paid college administrators faculty complain about. Earned Ph.D. late in life and converted to the faculty side. Those damn administrators are ruining everything.
View all posts by Fenster →
This entry was posted in Music and tagged classical music, Dukas, mozart. Bookmark the permalink.