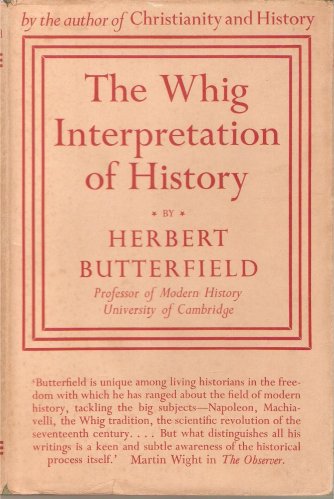 This short essay — which can be easily read in a weekend or even a single sitting — is a useful rejoinder to the idea that there exists a “right side of history.” Butterfield, a Cambridge don, takes umbrage with the Whig interpretation of history, that is, the idea that history has a direction or telos. History has no direction, Butterfield argues, and the point of reading history isn’t to find the present in the past — it’s to understand the past on its own terms thereby entering into a new way of thinking. Some other thoughts and quotes:

4 Responses to Book Notes: “The Whig Interpretation of History”