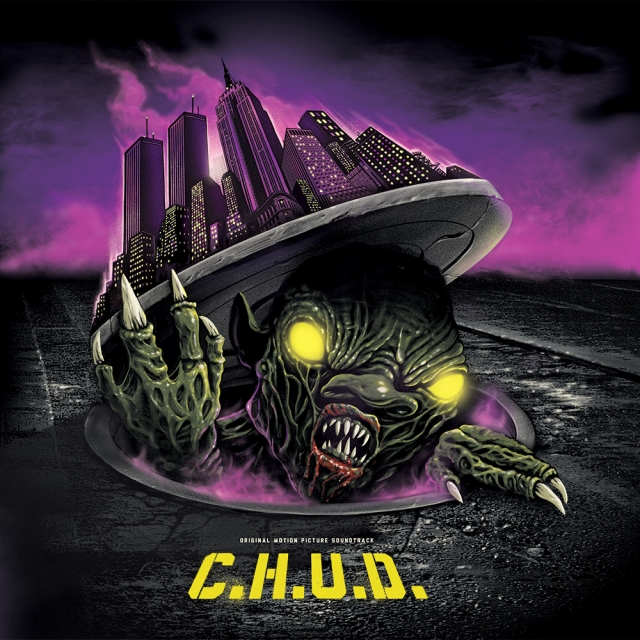 It stands for cannibalistic humanoid underground dwellers. Released in 1984, “C.H.U.D.” is a late-in-cycle New-York-in-the-’70s movie that in some ways reminds me of Tim Burton’s “Batman,” itself an end-of-cycle New-York-in-the-’70s movie. Certain scenes, like the opening, are effective because of rather than in spite of their cut-rate simplicity. The obvious phoniness contributes to the atmosphere; it’s an aesthetic phoniness. The plot combines “Raw Meat” and “Alligator”: illegal waste-disposal practices conjure zombie-like mutants. They dwell in the sewers, from which they emerge to devour bums and attractive women. The connection to the Teenage Mutant Ninja Turtles is hard to miss (C.H.U.D. = T.M.N.T.). Director Douglas Cheek coaxes lively performances from his cast while ensuring the material retains its hustling street-level verve. And he’s good at capping off micro narratives with memorable shock images. Two examples: the severed head of a cop’s wife, soggy and draped in seaweed, and blood spouting out of a shower drain and staining a white bar of soap. By recontextualizing the radioactive monsters of the ’50s so that they speak to ’80s concerns like homelessness, public health, and pollution, the screenplay, by Parnell Hall, almost qualifies as clever. John Goodman and Jay Thomas turn up for about 1.5 minutes playing partnered cops. A bit where a woman grabs an incongruous samurai sword to fend off a C.H.U.D. anticipates the famous moment in “Pulp Fiction.” I loved a bit in which a government operative wearing sunglasses and an IZOD shirt grabs a dime and swallows it in order to prevent an opponent from using a payphone.