Notes on “All Night Long” 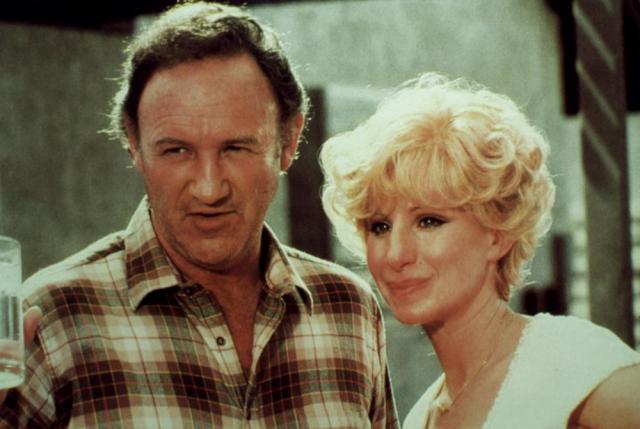 Middle-aged George Dupler is ousted from his position as a corporate executive and finds himself managing the nightshift at a SoCal pharmacy. Deciding that isn’t to his taste, he leaves his wife, rents a loft, and makes art. Looking at his creations we sense he’ll fail at art too. Dupler would probably agree, and do so while grinning: he’s unbothered by the prospect of failure. The farther he falls down the social ladder the happier he seems. He’s mastered the art of not giving a fuck. Gene Hackman, who plays Dupler, handles his character’s transitions with unassuming grace. (This may be my favorite Hackman role.) He’s so unceremonious that we occasionally need to remind ourselves that he’s performing. By the movie’s end, when Dupler is amorously satisfied and almost beatific in his relaxation, we remember the early scenes in which he was bent with frustration and giggle at the trick Hackman’s played on us. That trickiness is built into writer W.D. Richter’s conception. Richter, who wrote movies like “Slither” and the 1978 remake of “Invasion of the Bodysnatchers,” has a knack for putting across a certain sensibility (when he finally directed a movie, “The Adventures of Buckaroo Bonzai Across the 8th Dimension,” it was nothing but sensibility), and here the insouciant attitudes and bedhead ambience hold our interest even when the plot doesn’t fire. Some of the plot problems stem from Barbra Streisand’s casting in the role of Cheryl, notoriously after production had started. Cheryl is meant as a fantasy to whom the male characters react almost without thinking (both Dupler and his son are sleeping with her), and though Richter’s idea may have been to show how a sexy butterfly can inspire hurricane-sized changes in a man simply by flitting her wings, Streisand’s presence is too big for the wispy conception. We keep expecting Cheryl to have smarts or drive or something, and when it doesn’t manifest we notice at a subconscious level that something in the plan doesn’t jibe. Yet the picture’s slapdash quality often works in its favor; it plays into the relaxed, European flavor of Jean-Claude Tramont’s direction (he doesn’t make a big deal out of anything) and augments the daydreamy quality of Dupler’s stumblebum odyssey. (If you’d told me beforehand that the musical theme from Chaplin’s “City Lights” would play on the soundtrack whenever Tramont reached for whimsicality, I would have groaned, but it works surprisingly well.) A lot of downbeat divorce movies were made in the late ‘70s and early ‘80s. “All Night Long” is something of a rebuttal — the divorce movie as a bit of wish fulfillment.