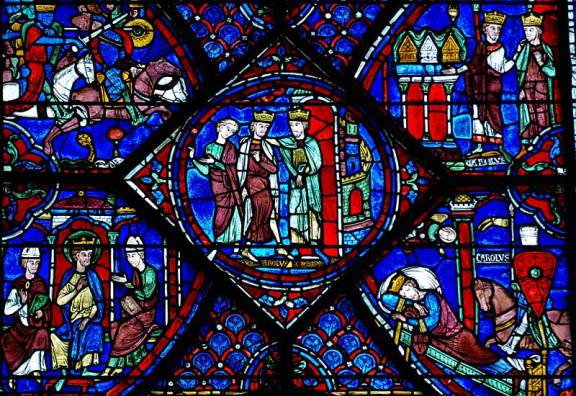 Detail from the Charlemagne window at Chartres.

In the 8th century, Charlemagne, the ruler of the Carolingian empire, had a problem on his hands. Over the centuries, scribes had made so many mistakes when copying the Bible and other texts of the Church fathers that dozens of different versions existed. This created theological difficulties. Charlemagne wasn’t sold on the whole idea of an omniscient God so he worried that if priests and other clerics weren’t praying in sufficiently good Latin, then God wouldn’t understand their prayers. For example, a priest who converted people had such garbled Latin that, to the extent anyone could understand him, he was blessing people “In the name of the Fatherland, and the daughter” as opposed to “In the name of the Father, and the Son.” Were these people going to hell because they weren’t baptized correctly? Some scholars argued they were. 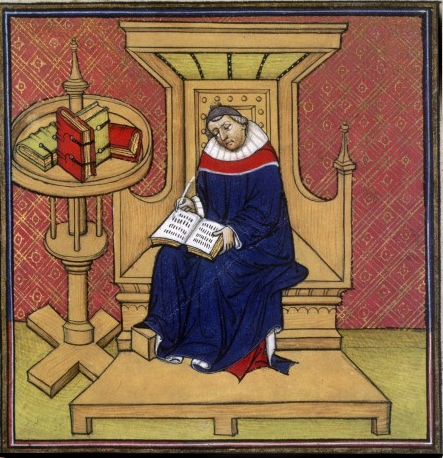 In an effort to alleviate copying errors and improve everyone’s Latin, a new way of writing, a new script, developed. Previously, scribes copied the Roman method of writing which was basically just a long string of letters — no spaces between words, pretty much all capital letters, and no punctuation. As you can imagine, this was very difficult to read.

A page from the Vergilius Vaticanus, a pagan work written in Roman Rustic script.

The Carolingians introduced spaces between words, the use of capital letters to mark the beginnings of sentences, and primitive punctuation to denote pauses and the ends of sentences. They also created a rounded and more readable handwriting called Carolingian minuscule. 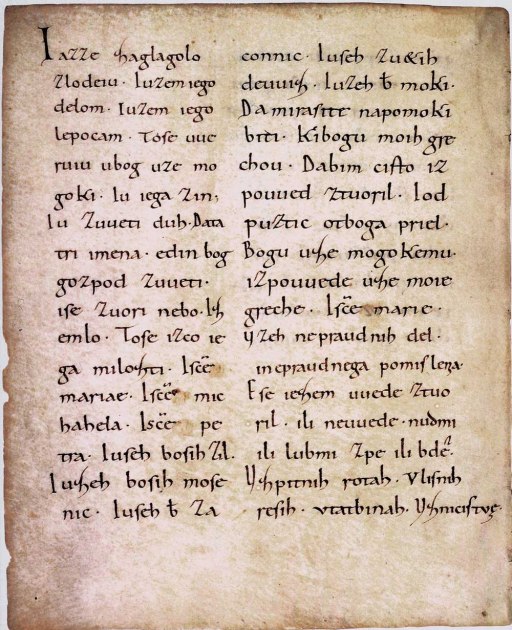 An example of Carolingian minuscule.

Although Gothic script took over in the High Middle Ages, the Renaissance Humanists reintroduced Carolingian minuscule in the 13th and 14th centuries under the mistaken impression that it was a Roman innovation. The Humanists, whose strong dislike for all things medieval was counterbalanced by a deep veneration for all things ancient, thought something as beautiful as Carolingian minuscule couldn’t possibly have been produced during the grubby Middle Ages, it must have come from the ancients. Thus did this Carolingian innovation come to form the basis of our modern writing.