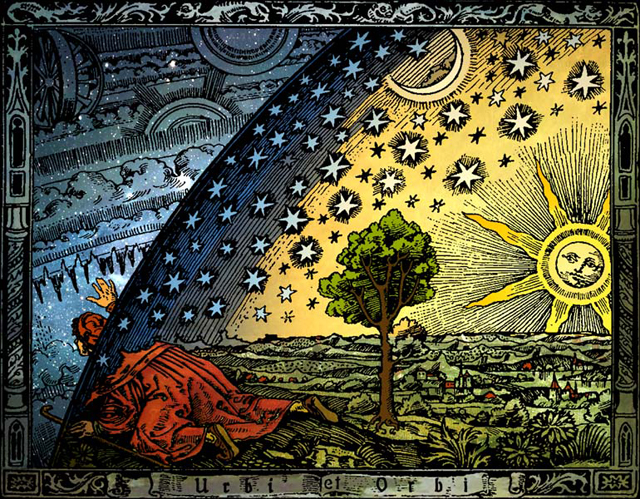 It’s become a cliche to note that large swathes of popular culture have been taken over by nerds and geeks. Zombies, vampires, hobbits, monsters, aliens, and superheroes abound. Among this summer’s most hotly anticipated long-form digital entertainments are TRANSFORMERS: AGE OF EXTINCTION, GODZILLA, MALEFICENT, HOW TO TRAIN YOUR DRAGON 2, THE AMAZING SPIDER-MAN 2, X-MEN: DAYS OF FUTURE PAST*, DAWN OF THE PLANET OF THE APES, and GUARDIANS OF THE GALAXY. (Sure, there’s always Oscar season come September, but hasn’t it felt like an irrelevant afterthought for years now?) But I’ve noticed lately that we’re not just getting geek movies and TV, we’re getting a whole new geek way of experiencing movies and TV.

For example, have you noticed the trend among movie geeks to look for Grand Unified Theories? Like physicists trying to unify universal gravitation and quantum mechanics, the highest form of geek movie appreciation is the theory that unites disparate films. There’s the Pixar Theory that posits all of the studio’s films occur in the same universe, the Tarantino theory that hypothesizes that all of his films are connected, and another that ventures that “Breaking Bad” leads to “The Walking Dead.”

What to make of this? I think it’s attributable to at least two geek characteristics. First, there’s a strong preference for art that involves a lot of world-building. Science fiction, fantasy, video games, and Dungeons & Dragons all to one degree or another involve the creation of immersive alternative realities, geographies, and myths. If geek art values world-building, why shouldn’t geek appreciation do so as well? Second, geeks love having their “minds blown.” That phrase crops up repeatedly.** Like Darwin explaining evolution, they want the curtain pulled back to reveal a complex underlying structure. The Tarantino theory linked to above was written in response to the question, “What fan theories have blown your mind with their devastating logic?” Here’s Cracked on 6 Movie and TV Universes That Overlap in Mind-blowing Ways. On reddit, readers are constantly looking for mind-blowing books. One of the most popular Internet memes plays off Morpheus’s mind-blowing (and simultaneously world-building) exposition in THE MATRIX.

All of this raises the real question: why do geeks find these Grand Unified Theories for art so compelling? Why the need to have their minds blown? And how soon before they start applying this kind of appreciation to non-geek art?, e.g. “This theory of how the Warner Brothers 30s crime movies all occurred in the same universe will blow your mind.” Any thoughts?

*By the way, as a kid I spent way more time than is healthy puzzling over and arguing about Chris Claremont’s and John Byrne’s X-Men storylines. If you told 12 year-old me that “Days of Future Past” would one day be a huge summer blockbuster, but that 38 year-old me wouldn’t give a shit, I’m fairly certain that 12 year-old me would cry like a 4 year-old girl.

**Pardon the pretentious digression, but I’m reminded of Susan Sontag’s comment that, “Religion is probably, after sex, the second oldest resource which human beings have available to them for blowing their mind.” Given that the average geek has no use for religion, maybe they need art to fulfill this mind-blowing function.