I semi-enjoyed this biography of the ’30s film star Kay Francis, a once hugely popular and famous actress from the Hollywood Golden Age who is now remembered only by film buffs.

For the uninitiated, Francis was known as the Queen of Warner Brothers during the early 30s — the highest paid and most visible star at the studio until a string of disappointing movies forced her to cede that crown to an ambitious up-and-comer named Bette Davis. The book does a good job detailing Francis’s rise and fall. Born in 1905 in Oklahoma City to a ne’er-do-well father and actress mother, Francis had an itinerant childhood bouncing around the Midwest and West Coast until she ended up at an East Coast boarding school. From there she entered the New York theater world and eventually landed a contract at Paramount thanks to her friend and co-star Walter Huston. She spent about two decades in Hollywood (going from Paramount to Warners to RKO from roughly the late 20s until the late 40s) before moving back to New York to become a touring stage actress in various forgotten drawing room comedies. Married five times, none of which was happy for long, she had no children and spent the last years of her life as a recluse in New York. She died alone in 1968 at age 63.

Kear and Rossman’s book is based primarily on Francis’s diary and the media scrapbook her mother kept of Kay’s career exploits. To call it a “diary” may be a little misleading because Kay wasn’t writing deep introspective entries, it’s mainly a record of her comings and goings with the occasional musing, all written in a shorthand that she learned in secretarial school. But boy, what a salacious record it is. In his notes on MAN WANTED, Fabrizio observed that “[t]here’s always the gleam of sex in Francis” and what shows on screen is a reflection of her real life. Francis’s sexual appetite was prodigious. Even when married, the affairs, adulteries, and flings never stopped. Among her conquests were Delmar Daves, Maurice Chevalier, Herbert Marshall, Otto Preminger, Fritz Lang, and Kay Johnson (actor James Cromwell’s mother), along with a significant number of agents, producers, co-stars, European men of means, and pretty much anyone else who caught her eye. After a night with Chevalier, she wrote, “Swell evening — very exciting discussing about lesbians and a threesome. Not practical, I’m afraid.” I lost track of how many abortions she had, including four in one year alone. Poor Walter Huston, the dude who got her into the film biz, seems to be the only one who ever struck out.

Why has Francis largely been forgotten? Besides the fact that old Hollywood slips further down the memory hole every day, there are a few reasons why names like Katherine Hepburn and Bette Davis resonate more than hers. Francis was practical and unsentimental about Hollywood and acting in general — for her it was merely a means to a paycheck. Thus, a few tantrums aside, she didn’t really care what movies she was given. Years after retiring from Hollywood she had drinks with Bette Davis where they commiserated about life at Warners. Davis said she never cared about the money, only the roles, while Francis said it was the opposite for her. When star dimmed and Warners tried to get Francis to breach her contract by pushing her into crappy B-programmers Francis said she’d happily sweep the studio floors if that meant a steady income. Unsurprisingly, she also didn’t care about playing the movie star game. She hated taking publicity shots, doing interviews, and eschewed a studio limousine in favor of driving herself to and from work.

Francis was never interested in pushing herself as an actress either. Her metier was light comedy and melodrama which stuck to her whole life. During her post-Hollywood career as a summer stock actress (she went from being one of the most glamorous in Hollywood during the Depression to playing places like the Sombrero Theater in Phoenix), she balked at tackling plays by G.B. Shaw, Oscar Wilde, or Noel Coward. She was terrified of performing live on television, a fear that may have prevented any possible late-career renaissance. When she stopped making films in 1946, a few scattered TV appearances aside, she disappeared from the public consciousness.

The only reason I hesitate to recommend this book is that I don’t think non-Francis fans will get much out of it. The authors largely omit any historical context or discussion of her movies. I would’ve appreciated learning a little more about the NYC theater world of the 20s or more in-depth discussion of her movie performances. (Although unread by me, I’ve heard that Scott O’Brien’s biography talks more about her films.) On the other hand, it’s pretty easy to become a Francis fan. I highly recommend JEWEL ROBBERY, ONE WAY PASSAGE, and TROUBLE IN PARADISE — three films she made, one right after the other, in 1932 which are as good a legacy as any actress can ask for. 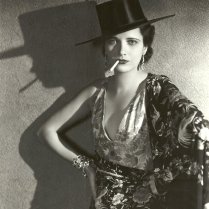 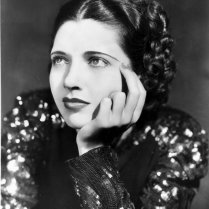 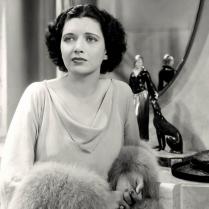 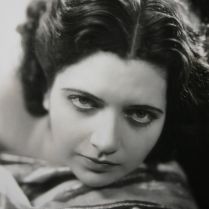 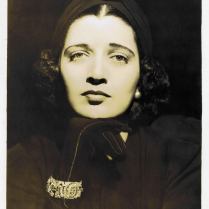 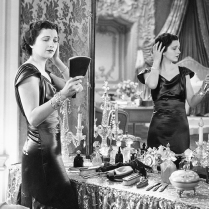