Is it possible for planners to create a community with as much charm and character as one that evolved organically over time?  Heck, I suppose it might be possible.  Given enough bandwidth, time and creativity, and with possibly great changes in the worlds of nanotechnology, computer graphics and 3D printing, why can’t a simulacrum be better than the real thing?  My mind is effectively playing tricks with itself in its appreciation of certain things in the first place and it would be a kind of conceit to say it could not be tricked or persuaded at a higher level.

But that time is not on us.  To me, most fabricated communities have an uncanny valley quality–more off-putting than places that try less hard to simulate.  So for now, and probably from now on, I will prefer existing places to newly fashioned ones.

I now live in Newton, one of Boston’s streetcar suburbs.  Back around the turn of the century–the other one–Boston, Newton and the close in towns didn’t have just one streetcar running through them but were riddled with lines spun out like a web.

At each station, a cluster of shops and homes emerged.  And given the web like structure of the streetcar system, Newton developed into a agreeable bunch of villages, some running directly east-west but others here and there on other axes.   A few villages sprung up, too, along the Charles River.

Today, Newton is known as a city of villages–13 in all by most counts.  Some of these are not truly villages since they are not situated where the streetcars ran, with the village designation seeming to be a sop to a suburban enclave with no center.  But West Newton, Newtonville, Newton Centre, Auburndale, Nonantum, Waban, Newton Highlands, Newton Corner, Chestnut Hill, Newton Upper Falls and Newton Lower Falls all have a tie to the streetcar past.

Most of these have gotten quite genteel but there’s the down to earth Nonantum, or “The Lake”, to the mushes who live there (there is no longer a lake there but habits die hard).  The sheer number of small villages makes it easier to find a place with the proverbial “5 minute walk” to shops and activities.

Of course, Newton today is essentially fully developed.  That makes for some interesting time travel as one drives.  Leaving Newton Centre heading west on Beacon Street one moves first from an all-Victorian ambience

to one peppered with more early 20th century housing stock,

then on to post-war ranches, 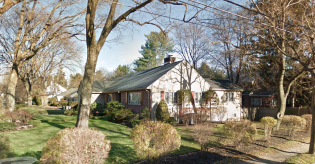 then back to early 20th century

and then finally back to Victorian on reaching Waban.

It is hard to have a favorite among these if you like Victorian architecture.  One of my favorite areas runs from just west of Newton Centre, along Crystal Lake, over into Newton Highlands.  Here are some snaps from last weekend, at the close of summer.  As Paleo did just recently in writing about his walk through the Village and along the Hudson, I am posting a record of our short walk.  It’s a pretty dense lot of great buildings over the course of about a mile.

Check the pics out relative to Paleo’s recent plea for texture and color. 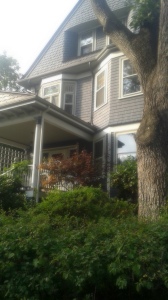 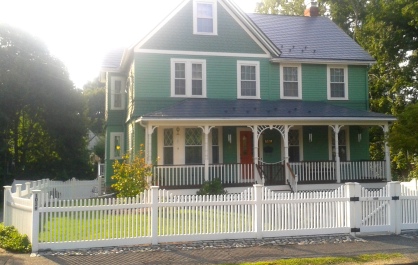 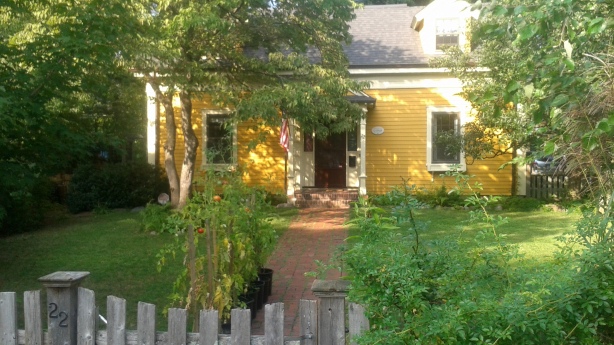 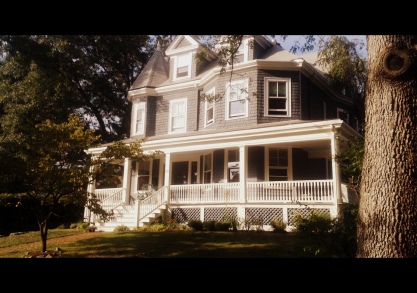 One of Newton’s somewhat secret gems is Crystal Lake.  It has a beach where residents can pay a fairly steep fee to swim in the summer.  What is even more amazing is that the side of the lake without the formal beach has several open areas where people–dogs, too–can cavort essentially unsupervised. 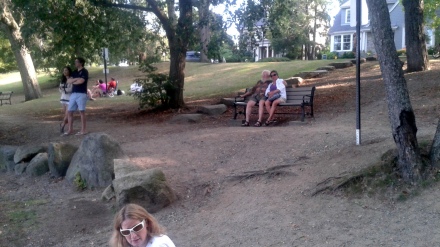 I take this loose approach to be a wonderful thing.  Twenty years ago in this spot I spied a sign on a tree in the summer that read “No Skating Thin Ice Per Order of Newton Parks Department.”  I took that the be an example of our culture’s overdeveloped reliance on lawyers.  I mean, the sign was silly in the summer and even in the winter there is no way one can reasonably post that the ice will always be thin in a shallow pond.

That sign is no longer there–hallelujah!  And after a dust-up a few years back, characteristically self-rightous on both sides, swimming is generally tolerated in the spirit of don’t ask, don’t tell.  Police swing by from time to time and stare ominously but don’t do much of anything. 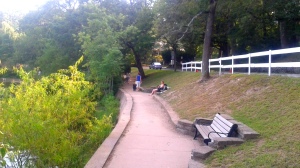 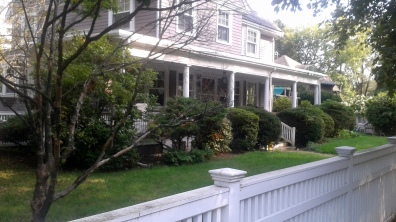 And while on the distaff side, Margaretta “Anna” Cobb was the architect for many of the best, and least ostentatious, Victorians in town, in Newton Highlands.

And more on the villages of Newton.

Gainfully employed for thirty years, including as one of those high paid college administrators faculty complain about. Earned Ph.D. late in life and converted to the faculty side. Those damn administrators are ruining everything.
View all posts by Fenster →
This entry was posted in Architecture and tagged architecture. Bookmark the permalink.