Eddie Pensier writes:
There might be more obvious candidates for the title of quintessentially Australian drink. VB, Penfold’s Grange, Bundy,  Sullivan’s Cove. But it cannot be denied that hot chocolate is big business here. Not “cocoa”, either, but real, serious, connoisseur’s hot chocolate, to the point that there are a half-dozen national chains specializing in theobroma cacao preparations. Four of them have branches in Canberra, so as a public service and with no ulterior motive whatsoever, I decided to engage in a little taste-testing. 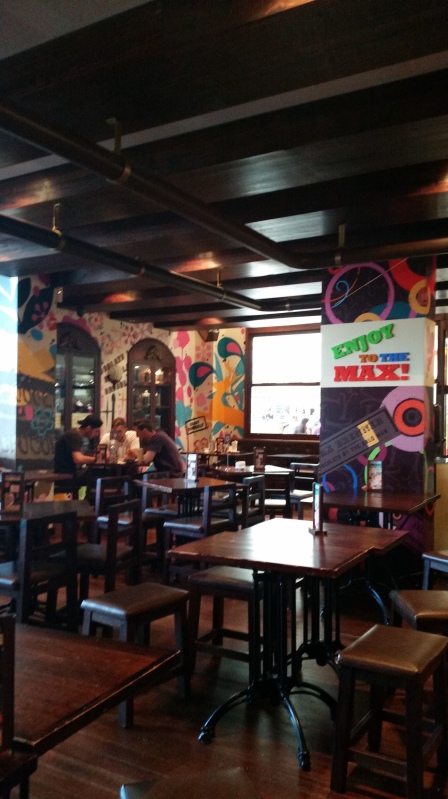 Hot chocolate: Served in the handle-less “Hug Mug”, the chocolate was hot enough to make holding the mug an occasionally painful proposition The texture was light and liquidy and modestly chocolaty with a bit of froth, but not too much. Fairly sweet. 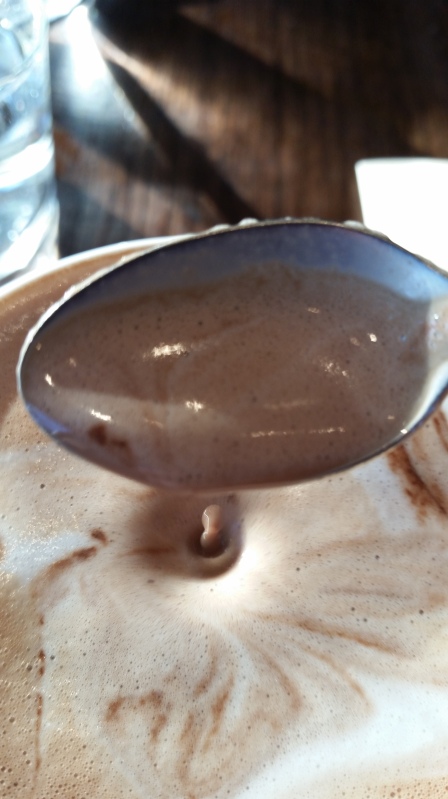 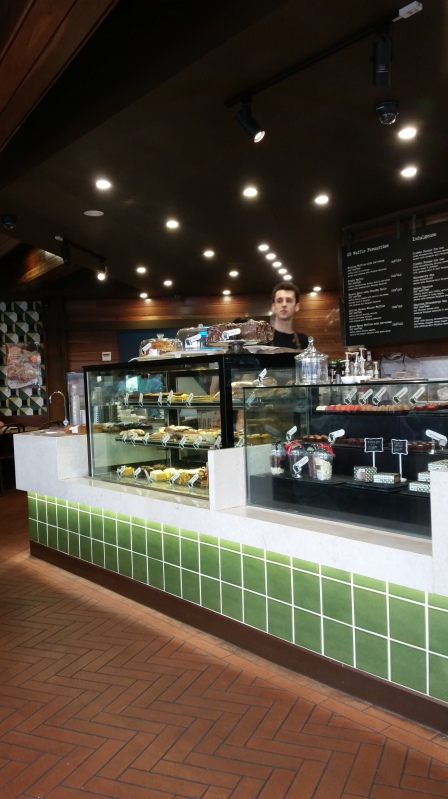 Hot chocolate: The least chocolaty of the lot, like heated-up Nesquik. Thin and weak. Not especially hot, either: the thoughtfully provided marshmallow barely melted at all.

Edibles: Waffles: Now HERE is why one goes to Oliver Brown. My dining companion pronunced these the greatest waffles ever, and as someone who knows a thing or two about waffles, I could be persuaded to agree. Seriously, skip the hot choc, order a double waffle, and drink water. You’ll need it. 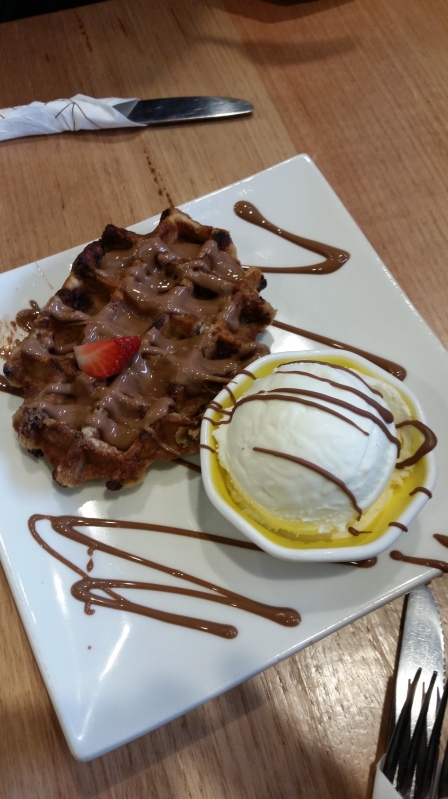 CHOCOLATERIA SAN CHURRO
Atmosphere: Bright, colourful, pseudo-Spanish, pretty murals on the walls.
Clientele: Families.
Hot chocolate: Sin in a round mug. Essentially the missing link between chocolate and pudding, this is as close as you will get to mainlining chocolate without a needle. Rich and spoon-coatingly thick. Impossible to finish without copious amounts of water to rinse out the mouth and esophagus. Is there such a thing as too chocolatey? If there is an answer to that question, no doubt it will be found at San Churro.

Edibles: Churros, duh. When they’re freshly fried, they make the perfect dunking partners for the hot chocolate, even though they come with a cup of dipping sauce (milk, dark, white, or dulce de leche). If they’re busy, sometimes they’ll arrive tepid or even cold, which substantially diminishes enjoyment.

HOMEMADE
Atmosphere: My own living room.
Clientele: Myself, my friends, my pets.
Hot Chocolate: I steamed about 400mls of regular supermarket whole milk in an Aeroccino, and then stirred it into one packet of Cailler drinking chocolate.

It was comforting and refreshing, better than Oliver Brown’s, with just enough body to linger on the tongue for a few minutes after swallowing. If I couldn’t get out to one of the abovementioned shops, my own recipe would work quite nicely.