A Generation on a Ledge

I wrote here about how the pro-faculty American Association of University Professors issued a report critical of the misuses of Title IX.  And how Fester found that take to be refreshing and welcome.  But also that it was revealing that in describing the culture that gives rise to Title IX overreach, the AAUP singles out cowardly administrators and ignores the role of many faculty in the underlying campus culture.

Something similar is afoot in this Atlantic article on the scourge of microagressions on campus.  The author, Columbia University professor Jonathan R. Cole, takes aim at a student culture that appears unwilling to engage in the robust exchange of ideas that characterizes, or should characterize, a university.  And he is correct to point out that administrators are complicit in this.  Way too many administrators are afraid to, if you will, speak up on behalf of free speech.  In some case that is because they are True Believers themselves but for sure it is the case that many in academia honestly hold free speech values but are afraid to voice them.

So one star for Professor Cole. But, as with the AAUP situation, is there anything missing in the picture?

Well, yes.  Once again, it is those dreaded administrators that are at fault.  The faculty, and its contribution?  No mention. 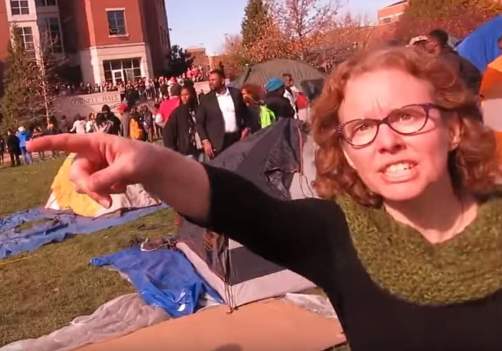 Let’s also take a closer look at Dr. Cole’s analysis of why today’s students are in such a snit.

He starts by acknowledging the most common explanation/criticism:

Multiple possible explanations exist, of course, including the hypothesis that parents have coddled a generation of youngsters to the point where students feel that they should not be exposed to anything harmful to their psyches or beliefs.

But he goes on to question this.

Whether or not these psychological narratives are valid, there are, I believe, additional cultural, institutional, and societal explanations for what is going on. And the overarching theme is that today’s youngsters, beginning in preschool, are responding to living in a contrived culture of fear and distrust.

Neat hypothesis!  Here, Cole is agreeing that today’s students have overreacted, and need to be talked down from the ledge.  But that something something something has gotten under their skin.  Something contrived but nonetheless felt as real, creating a climate of fear.

How can this be?  We are not at war in any conventional sense.  No Cold War causing teachers to instruct students on how to scooch under their desks if the bomb comes.  No Cuban Missle Crisis.  No draft in an unpopular war.  9/11 is not even in the memory banks–the images of falling bodies have been scrubbed.

Born in the mid-1990s, seniors in my Columbia University undergraduate seminars today likely have not experienced major national threats, except for their vague memories of the 9/11 terrorist attacks. Yet these “millennials” might better be labeled “children of war and fear.” During their politically conscious lifetime, they have known only a United States immersed in protracted wars against real and so-called terrorists, a place where fear itself influences their attitudes toward other civil liberties. Students are asked to pit freedom of expression or privacy against personal security.

Ah, that’s the ticket then!   Pervasive fear of terrorism creates a generation of “children of war and fear”.  Yet if that is the case, what accounts for the, shall we say, highly distinctive nature of today’s complaints?  Do we see any evidence in the call for safe spaces, in the throttling of free speech, in the cancellations of speakers, in the calls for intersectionality, in the bathroom wars, in the demands over white privilege, in the incessant complaints about microagressions that there is any relationship of things to a concern over terrorism?

I might have more sympathy for Cole’s argument if there was evidence that students in the vanguard were actually shell-shocked shrinking violets, or that the nature of their activism could reasonably be related to Cole’s diagnosis.  But I just don’t find that argument credible.  And I do not even trust the sincerity of the calls for safety: much activism projects, and seeks, power.  And it seeks power in a host of domains that are awfully far-flung from the contrived fear of terror that is alleged to be at the base of things.

At least that’s the impression one gets.  But why not actually listen to the students themselves?  Might that not give some sense of whether Cole is right that students have been unfairly driven to a ledge?

Here’s an interesting video.   It is from the NewBostonPost, an online conservative-leaning news website, intended as a kind of counterpoint to the Globe.  The NewBostonPost is crowdsourcing to raise money for a higher education reporter who would cover the academia beat in Boston–an area rich in institutions and material.  Check out the video.  It includes brief snippets of Harvard students–from freshmen to grad students–remarking in a general way about the issues raised in the Atlantic article.

What do we find?  As one might expect given the Harvard angle, we find a group of exceedingly articulate individuals.  Calm, intelligent, reasonable, all speaking with confidence and–can I say it?–equanimity.  This does not seem to me to be the voice of a generation on a ledge.

There’s a growing recognition and sensitivity to other people’s perspectives that we didn’t see maybe two generations ago.

If someone pushes back on an idea of yours it doesn’t mean that they are silencing you.  It means they are asking you to critically engage.

And hypocrisy is the tribute vice pays to virtue.

Safe spaces is an important concept not as a thing for college students to be like hippies aboout but for humans to exist with.

Well, they are not all equally articulate.

Gainfully employed for thirty years, including as one of those high paid college administrators faculty complain about. Earned Ph.D. late in life and converted to the faculty side. Those damn administrators are ruining everything.
View all posts by Fenster →
This entry was posted in Education, Politics and Economics, Uncategorized and tagged architecture, higher education, Jonathan R. Cole, microaggessions, NewBostonPost, safe spaces, The Atlantic. Bookmark the permalink.

3 Responses to A Generation on a Ledge