It Takes Two Sides to Make a Bell Curve

There’s an extraordinary amount of talk going around about the alt-right.  But who are those guys? 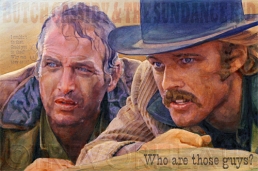 Language is a tool for unclarity even in the best of circumstances and things get even dicier when the phenomenon to be considered (in this case, the alt-right) is fluid and uncertain.  Things get worse when language users have an agenda, and positively value the unclarity that language can bring.  So this will be an exercise in the rectification of names.

Consider a bell curve of political views on the alt-right. No, for this discussion let’s bear down on just one issue that the alt-right is concerned with: race.  There are others (immigration for one).  But for now let’s consider race.

At the far right edge we find the most extreme views.  From what I can tell the numbers here are small, though they grow as you get closer to the middle.

From the edges in we find:

1. White supremacy. That’s the Nazi-like view that not only are whites superior to other races they must also have the power to keep other races down if not out.

2. White nationalism. Nationalists do not assert superiority but their view of “race realism” compels them to conclude that the races will never get along well. And since whites ought to have the same rights as other ethnic groups to self-segregate whites should favor a formal political affiliation, one that is separate racially but that is not bound to assert superiority and to promote associated objectionable measures.

3. White identity. As with #2 race realism compels a kind of self-segregation but of a softer sort.  A separate political structure is not required. Under this view whites should feel free to voluntarily self-segregate as other groups do without fear of social approbation or the heavy hand of government requiring integration at every turn.

4. “Citizenism”. This is more or less nationalism, without most of the blood in blood and soil. A diverse nation is accepted as a fact but one can be skeptical about more difference always being better. The “historic nation” is respected but less out of white pride than a belief that most of the “proposition” in the term “Proposition Nation” derives from Western European ideas, and we risk losing the powerful thread of those ideas when we celebrate difference as a god thing in itself. Where race is concerned BLM and other movements are disfavored but not because of notions of white superiority. Rather the argument is that identity politics as practiced is ultimately divisive and does not support development of a coherent national sentiment, one that is based on the historically and geographically contingent ideas that inform the “proposition”.

It also needs to be noted that the bell curve continues on to the left, with most on the left closer to the center.  Those nearer the center on the left can be thought of as close cousins to non-extremist citizenists–though the center left for the moment is not co-mingling very well with the center right.  And as with the right side so with the left: one finds more extreme views (and fewer numbers) the further one progresses in a progressive direction.

Both sides of the center of the bell curve have things in common.  And that’s where the people, and the votes, are.  But when there’s a war on, each core gives credence and voice to more extreme parts of their own side of the bell curve.  They think that is fine to do so with their own extremes but get very upset when they see the other side doing the same thing.

Moderate or liberal Democrats think it is fine to give up their microphone to members of BLM who take over the stage, and are often loath to condemn rioting if it is for a good (i.e., progressive) cause.

The alt-Right has the same tendencies, with the recent National Policy Institute Conference in Washington providing a good example.  Richard Spencer, a white nationalist (#2 above), tried for some of the time to dominate the proceedings, appearing to speak on behalf of people like Jared Taylor, a white identitarian (#3) and Peter Brimelow, a citizenist (#4).  Those closer to the center did not want to disavow those closer to the edge since the idea of the conference was to look for things in common and to work towards a kind of coalition.  But there were no disavowals of white nationalism, just as there are no disavowals of the left fringes by elements closer to the center.

In this way, the edges have more visibility than their actual numbers warrant, and each side gets to score hate points against the other by lumping center and fringe together.

The system cannot help but create a gap where there should be co-mingling: right in the center of things. Each side feels confident that is has “the people” with it and since the extremes on each side are emboldened neither side is interested in re-occupying the middle.  But nature abhors a vacuum.

If Trump was brilliant about anything in this election it was letting his business instincts loose in a vortex of political action that can only think politically, and that can’t help but make mistakes along a political dimension.  Politicians instinctively think: how can my side gain tactical advantage? Businessmen instinctively think: buy low sell high!  Look for the undervalued stock, the arbitrage opportunity, the vacuum that nature abhors but that the shortsighted  cannot see.

In this election the vacuum to be filled consisted of all of the constituencies that the parties had stranded for their own political reasons and all of the voices that were choked off and strangled as a result.  Trump won with that key business insight.  But now we are in a new world, one that Trump helped create by capitalizing on his buy low sell high insight.

Where is the new gap, the new vacuum, the new buy low sell high?  It is at the interface of the two center parts of the bell curve, still a no-man’s land but destined for a gold rush some time soon.  Whoever fills that space wins the next election.