A Walk Through Palmyra (or, Architecture and Color)

This post continues a series dealing with impressions of place.  There was the slightly down at the heels Moody Street in Waltham, Massachusetts, where the main impression on a dark early evening in winter was the abundant light from the old-fashioned glass windows showcasing shops and the abundant life therein.  There was trendy Williamsburg in Brooklyn, also somewhat down at the heels despite its reputation, where the dominant impression was the residue left by competing tribes.  And there was the more elegant Ghent, in Belgium, where the doors were noteworthy.  This time it is Palmyra, New York.

This post can also be thought of as a continuation of Paleo Retiree’s series here on architecture and color.  I haven’t sought his permission to use the term but I hope he will agree–since I know he knows Palmyra–that its use is appropriate here.

Palmyra is an Erie Canal town in what some people call upstate New York.  Now, there are those who would quibble and dispute that term in this context, seeing “upstate” roughly from the perspective of the Canadian border near Canton in a sort of reverse Saul Steinberg move.  OK, if that’s how you see it, that’s fine.  So let’s just call this part of the state, roughly encompassing the Rochester/Syracuse region, Central New York.  Palmyra is in the orbit of Rochester, sitting about thirty miles to its east.

The fact that it is an Erie Canal town mostly means one thing in these parts: it has seen better days.  A few towns on the canal, like Pittsford and Fairport, are solid suburbs of Rochester, and give off a healthy glow.  Most of the rest heading east toward Syracuse are struggling.  My wife’s hometown, Newark, New York, is one town to the east of Palmyra.  Once the Rose Capital of America it is now mostly just  hanging on, down a third of its population since 1970.

Then there’s nearby Clyde, down a third from its 1870 population. 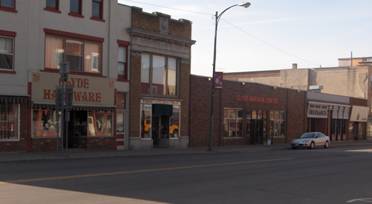 And then there’s Lyons, the former Peppermint Capital of the World.

It still has its faded charms, as profiled here, 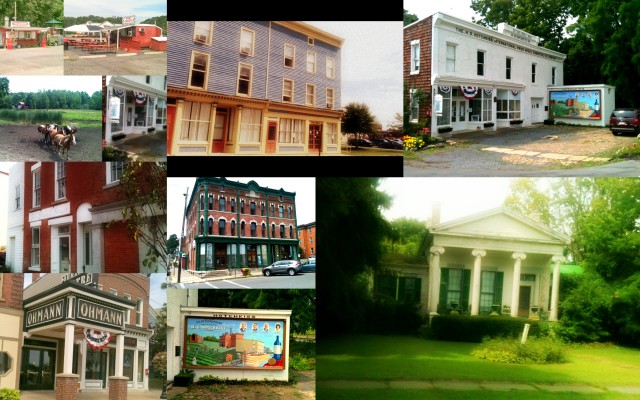 but it too is struggling.

What distinguishes Palmyra from some of its close kin is that the wrecking ball was not used. Newark in particular was savaged by urban renewal.

Newark used to be a stately place.

By contrast Palmyra was not gutted and presents itself to the world mostly unaffected by time.

But, as with Moody Street, as you look closer you see a town that is showing its age.  It is far from precious.  It has a deeply lived-in quality, with some graceful old homes

but also some neighborhoods that are quite raw in a Central New York kind of way.

But it is the downtown that impresses.  While the shops are anything but upscale there are no chains or franchises to speak of.

Well, there’s one dollar store, ubiquitous in these parts.  But it is off the main street.

With the exception of the presence of the Mormon Church here (to be the subject of a follow-up post) it is all pretty local. Moreover, there appears to be some kind of tacit agreement that while all manner of signage is permitted all must respect the gritty, almost falling apart, quality of the buildings themselves.

Up and down the street various buildings display similar old decorative touches.  None appeared to be disturbed.  Instead, all are . . .  painted, and often quite colorfully.  Sure, the buildings are in need of repair and, in some cases, beyond that state.  But if there’s no money to bring the grand buildings back all the way what is wrong with adding some color? 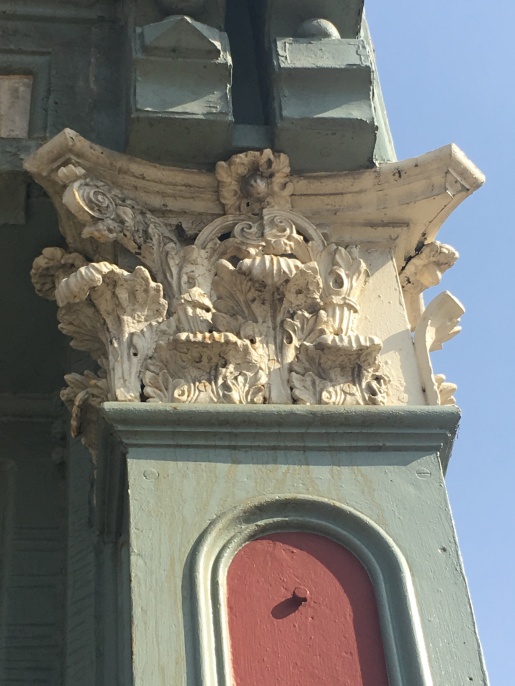 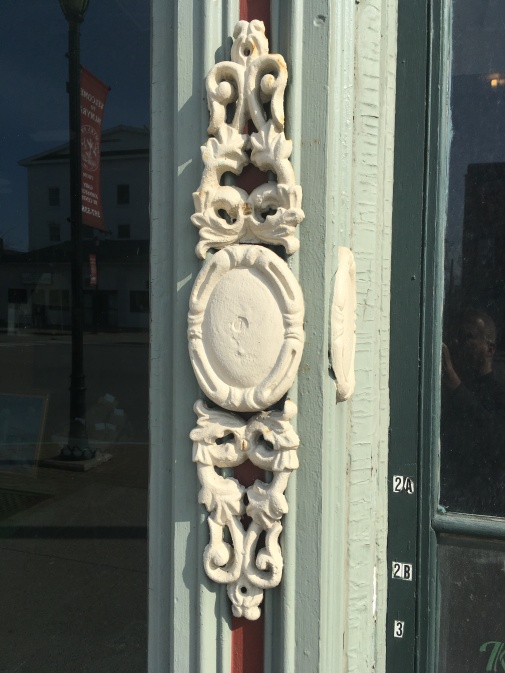 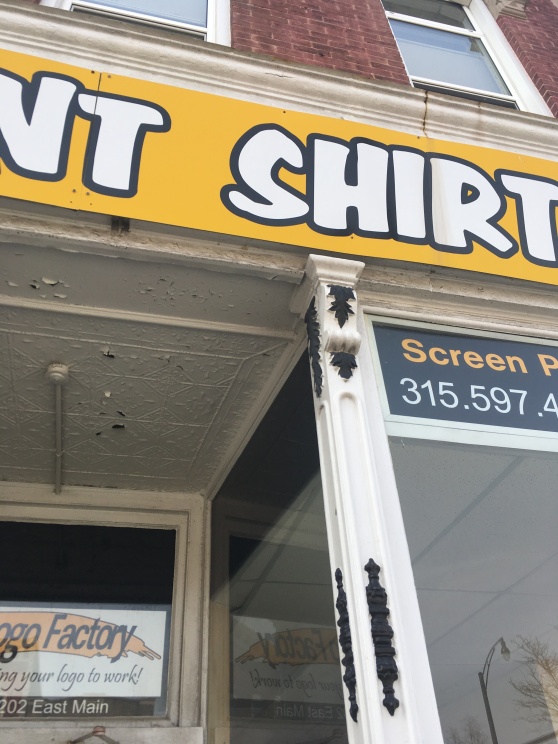 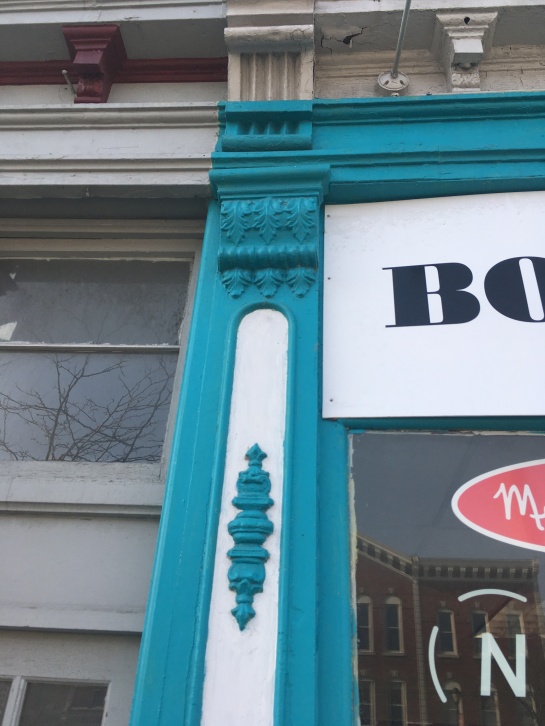 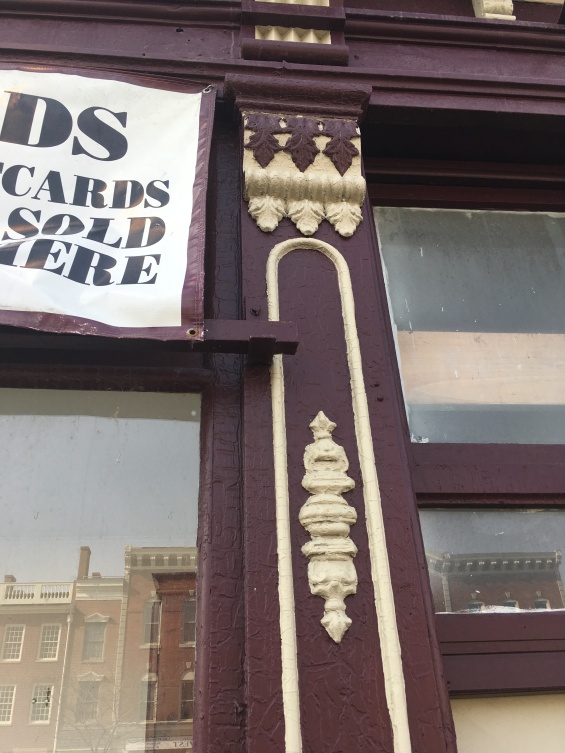 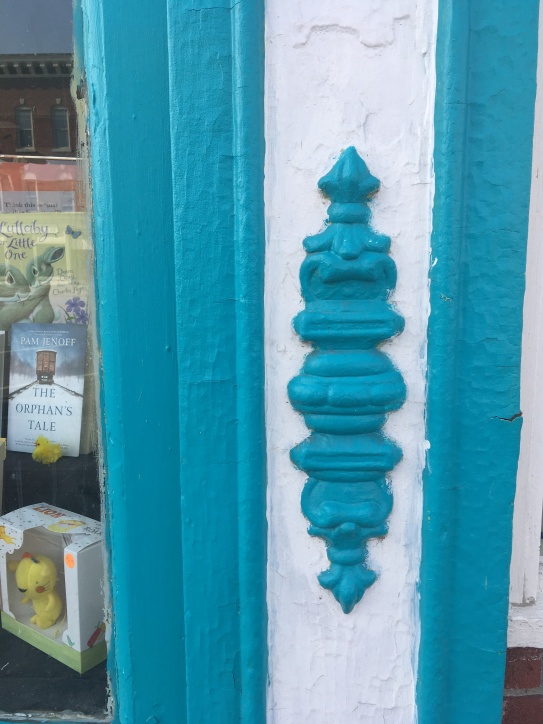 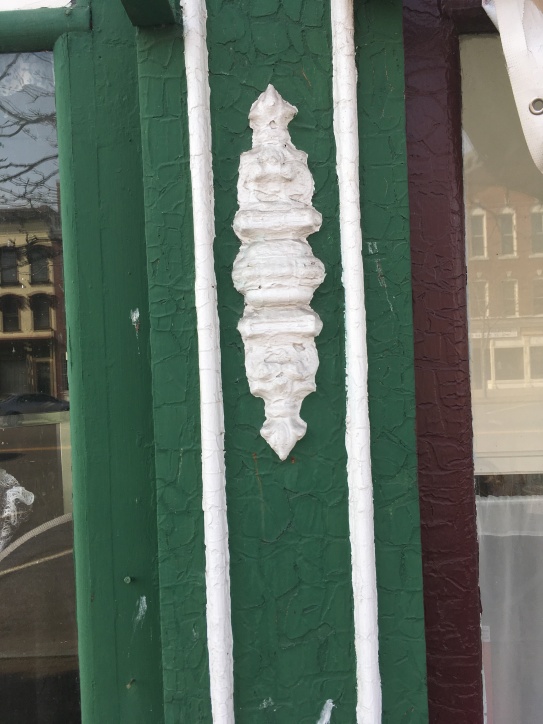 When you look closely you can see the need for repair.

But in the meantime, how about another coat of paint?

What will become of Palmyra?  If James Howard Kunstler’s apocalyptic predictions come true, upstate will be better positioned than most other regions to downshift into a Civil War economy.  And if we have a crisis as envisioned in The Fourth Turning it will likely be a nice place to wait for a First Turning to come round.  But it is sad to have to pine for a crisis as a path to renewal.  Absent a crisis it is hard to see how Palmyra wins its race with time.

But through the magical lens of photoshopping it is possible to erase some of Palmyra’s age lines, and to apprehend its handsome and solid qualities in a kind of Hopperish dream state. 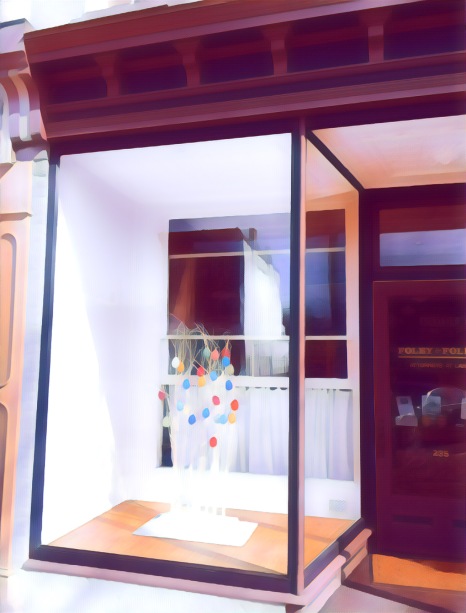 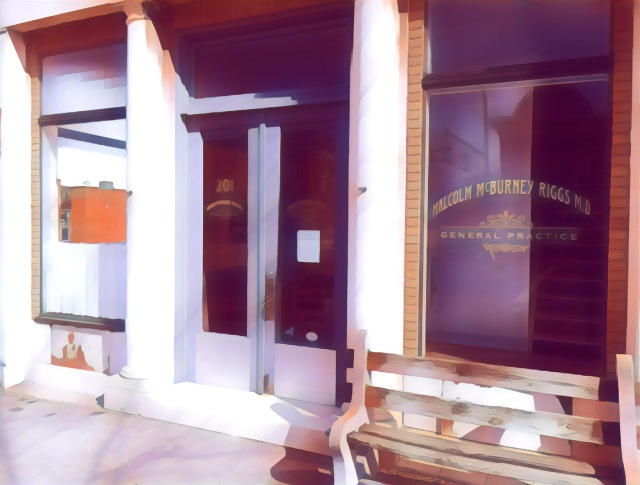 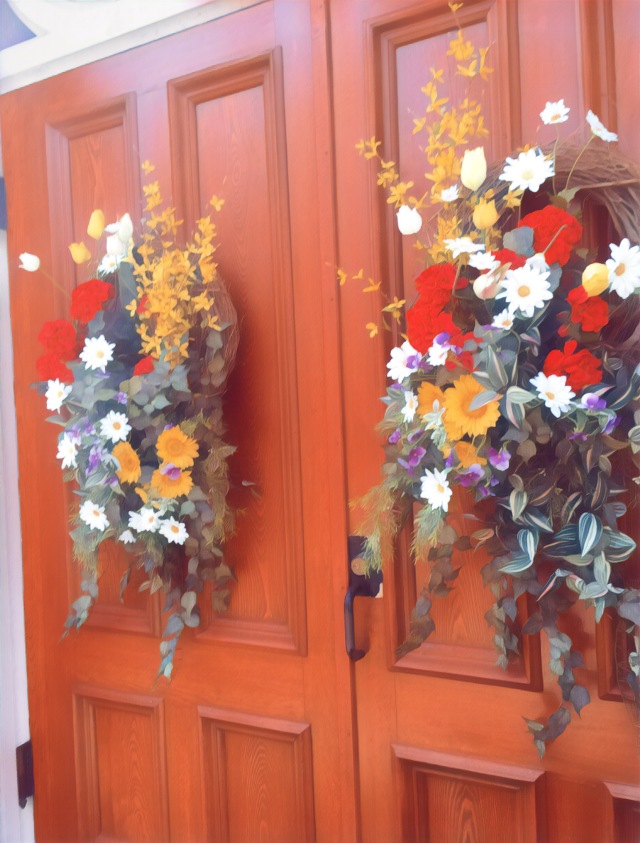 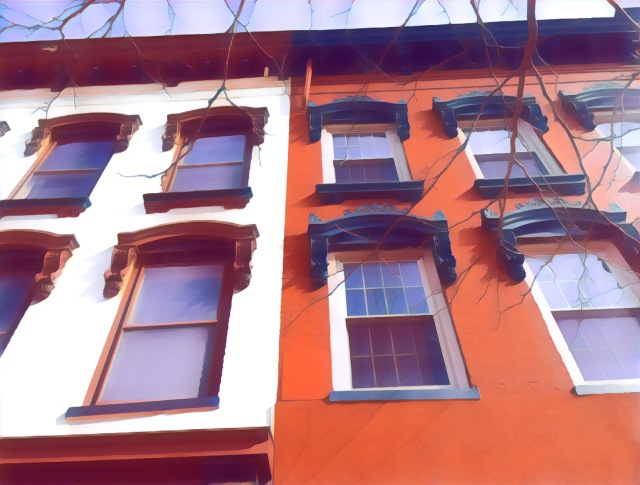 And here is the famous Four Corner Churches, opened up in panorama.

Gainfully employed for thirty years, including as one of those high paid college administrators faculty complain about. Earned Ph.D. late in life and converted to the faculty side. Those damn administrators are ruining everything.
View all posts by Fenster →
This entry was posted in Architecture and tagged New York, Palmyra. Bookmark the permalink.

7 Responses to A Walk Through Palmyra (or, Architecture and Color)