Back in the day, one of the main things that any self-respecting arts education drilled into wannabe artsfans was an aversion to kitsch. And not just an aversion to it, but a vehement, cell-level hatred. It’s fake. It’s nauseating. It’s even, by some accounts, downright evil; according to some high-falutin’ European thinkers, kitsch helped set the stage for Naziism. (The general outline here is that fake emotions and fake art led to fascism, conceived of as fake politics. Don’t ask me how fascism came to be seen as fake politics. That’s a thought-step I’ve never been able to follow.) You weren’t a knowledgeable sophisticate, in other words, until you hated the right things.

Let me offer up, as a standout example of textbook kitsch, the Central California town of Solvang. A little burg of 5000ish people located in the Santa Ynez Valley — the wine-country region that served as the setting for much of “Sideways” — it was founded in 1911 by Danish immigrants and was initially built in a style then typical of the area. Here’s the usual regional style:

In the mid-1940s and the years soon after, some of the town’s residents got it in their heads to redecorate the town in traditional Danish style and market the place as a fun destination. Up went half-timbered houses, four different windmills, many Danish flags and fake beams, a bust of Hans Christian Andersen, and even a replica of the Little Mermaid statue. Solvang has been a modest but real tourist attraction ever since.

Here are some snaps I’ve taken during many visits that The Question Lady and I have made to Solvang.

A traditional Danish skyline against a California-landscape backdrop? What kind of sense does that make? 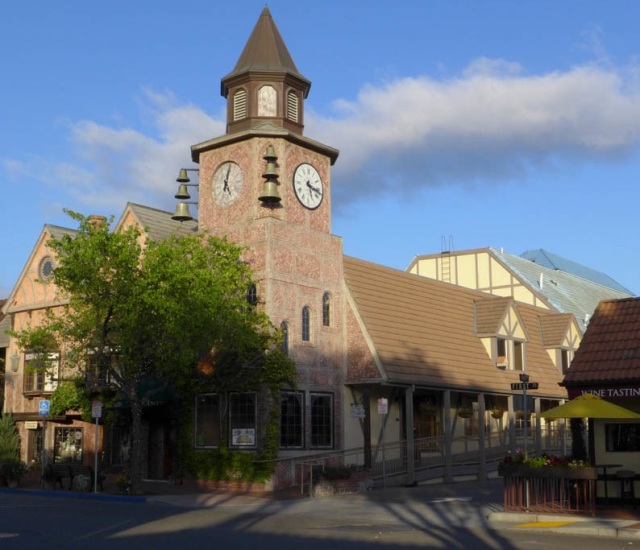 Who are they trying to fool? The light is all wrong!

God no! Make it go away!

It’s all undeniably more than a little silly. And yet, and yet … There’s also a lot of this:

People out and about, enjoying themselves.

Yup, once you’ve passed through the being-horrified-at-it-all stage, there’s no avoiding the fact that Solvang is quite a pleasant place. It has something that’s very rare in California  — a real downtown, one that’s genuinely walkable. People go out on the sidewalks and stroll around for the pure pleasure of it. There’s a bookstore … Some small plazas and parks … A well-attended weekly farmer’s market …

While tiny, Solvang’s downtown is a genuine destination — a downtown worth visiting. And while it’s undeniably a tourist trap, locals find their way here too. It doesn’t even seem like a half-bad place to live. You could walk to your grocery store; you could bicycle to see friends. Whenever I’ve yakked with Solvang natives, they’ve expressed pride in their town, and they’ve reacted with dismay and hurt when I’ve hinted that some sophisticates might find the place kitschy.

So, today’s architecture-and-urbanism conundrum: Do we, as arts-fans-with-some-taste, turn our noses up at Solvang? Or do we admit that, kitschy or not, it’s a remarkably pleasant place? If the latter, then: Is kitschiness really the greatest arts-evil imaginable?

Speaking of which … Arts sophisticate Lloyd Fonvielle makes something of a case for Thomas Kinkade, the ultimate kitschy painter, here and here. Hey, in Solvang there was a Thomas Kinkade Gallery right beneath our hotel. Seemed harmless enough.

My opinion, FWIW: Whether or not a town works — and, as small-scale urbanism, Solvang indisputably delivers a substantial amount of traditional village-style pleasure — is much more important than whether or not it’s kitschy. The fact that Solvang is a genuine town offering a lot of genuine town-type satisfactions ‘way outweighs the fakiness of its architecture. And close-minded snobbery — whether of a traditional or a cutting-edge sort — definitely qualifies as a greater arts-evil in my mind than kitschiness does.

Incidentally, I don’t recommend going super-far out of your way to sample Solvang. While I’m very fond of it and The Question Lady and I visit regularly, it’s a small curiosity and a minor pleasure. Come to think of it, I’d be grateful if you bypassed the Santa Ynez Valley entirely. Although the area is beautiful and retains a lot of out-of-the-way charm, it’s in danger of being overdiscovered, and I’d hate to see that happen.

The Question Lady has been visiting Solvang for much longer than I have. She tells me that the town was much more Disney ‘way back when, and that it has become more of a lived-in, real town since. Does her observation suggest that, with the passage of a couple of decades, today’s much-derided-as-kitschy-by-the-sophisticates New Urbanist neighborhoods are also likely to become genuinely pleasant places? 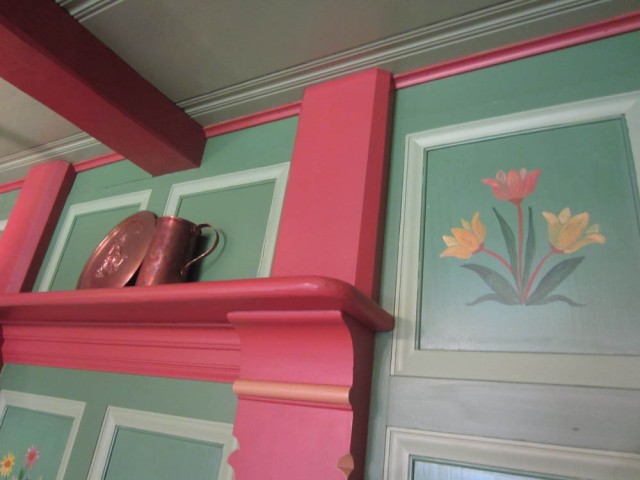 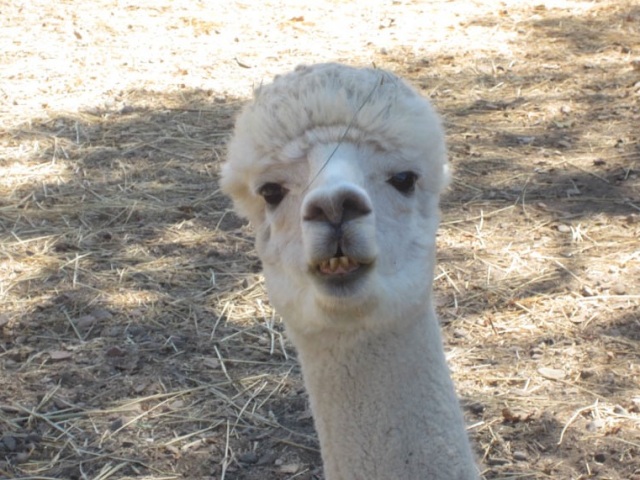