Notes on “The Red Violin” 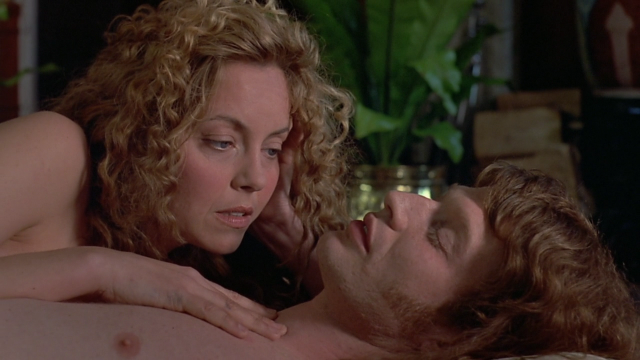 Like writer-director François Girard’s other well-known picture, “Thirty Two Short Films About Glenn Gould,” “The Red Violin” is a series of short subjects. Here, though, Girard attempts to link these subjects into a mystical narrative based in passion and culture. The three primary sections — Vienna in the 18th century, England in the 19th century, and China in the 20th century — are lovingly made and affecting, marked by surprising character details and evocative sets and locations. And they’re filled with memorable moments. In one, a Chinese dissident is forced to watch his violin burn at the hands of the Cultural Revolution, its strings squealing like an injured animal. In another, a wunderkind soloist abruptly keels over right before his big audition; its morbidness made me gasp in delight, as I do at Buñuel’s best moments. There’s also a wonderfully lyrical bridge sequence in which a series of gypsies literally carry the violin out of the grave and into the Romantic era; it’s a lovely New Wave interlude. Girard has enough confidence in his audience to leave holes in his narrative; they’re filled either by the viewer’s intuition or late-in-coming visual details. It’s the kind of movie that invites you to keep up with it, to engage with its strategy, but it’s never obscure, and only rarely does its cleverness feel precious. The problems are in the framing stories. In the modern one, Samuel L. Jackson plays a violin expert who is called to an auction house to authenticate the titular instrument. Serious question: Has Jackson ever been a good actor? I think he’s a terrific character actor who can really bring the goods when he’s handed a Sam Jackson role. But here, or in the “Star Wars” movies, where he’s asked to play a grave Jedi wise man, he seems lost. He stares at that fucking violin, and it’s clear that Girard wants to show that he feels a spiritual connection to it, but it doesn’t come across. Jackson makes his eyeballs bulge, so that you know he’s feelin’ it. As for the 17th-century framing story, it’s never quite clear how it connects to the rest of the movie. Perhaps that’s related to another problem: It’s hard to determine what Girard is trying to say. The best interpretation I can come up with: the violin represents European culture (that’s how its Chinese owners seem to understand it). The ending, in which Jackson’s character steals the violin, feels wrong, perhaps because you never quite buy him as a passionate devotee of stringed instruments. Greta Scacchi is very vivid as a Romantic novelist in the 19th-century segment. Her I can imagine stealing a violin.