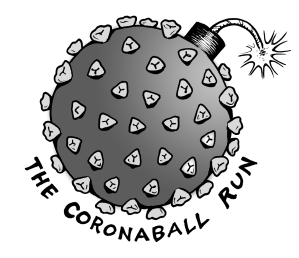 In the middle of the coronavirus crisis, I drove from New York City to Los Angeles. I had been planning to move back to California for a number of weeks and I wasn’t about to let the zombie apocalypse stop me. In fact, the threat of imminent death, being stuck in NYC while under government-imposed martial law, and the prospect of being the Typhoid Mary of the 21st century only encouraged me to get the hell outta Dodge even faster than I had originally planned. That and the fact that I was tired of Paleo Retiree texting me “GO GO GO GO GO!” at all hours of the day.

I had reserved a Dodge Grand Caravan for the drive back. Originally scheduled to leave NYC on March 28th, I moved it up a week to March 21st, a Saturday. Given the lockdown orders, it was easy for me to reserve and reschedule my vehicle.

My brother flew out from LA to accompany me home. Below is the route we took, which Google estimated at 3,200 miles. I drove I-95 South to I-85 South before taking I-40 West the whole way home, with only a short diversion through the backroads of Mississippi and Arkansas to check out Oxford and Clarksdale before moving on to Little Rock. We also diverted from the 40 to visit Santa Fe.

Day 1 was relatively easy, NYC to Richmond via New Jersey, Delaware, and Maryland. About 5 and a half to 6 hours of driving. 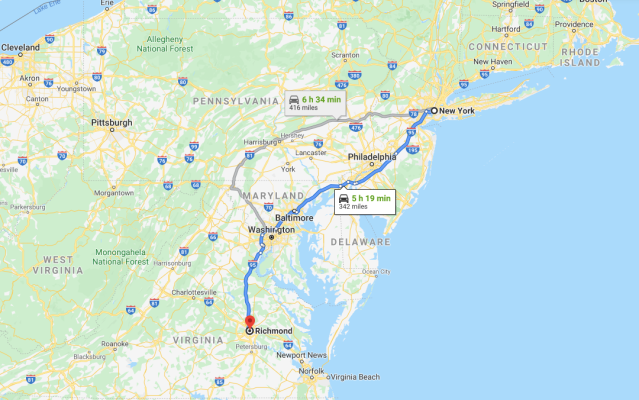 The morning of the 21st began with a walk from my apartment in Inwood, Manhattan across the Broadway Bridge to Riverdale, the Bronx to pick up my van. I was early, so I went to a grocery store to pick up some supplies and snacks for the drive. The store was harbinger of what was to come in stores across the country: cleaning supplies like Clorox wipes gone, low stock on things like meat and dry goods, but pretty much full stock on everything else. 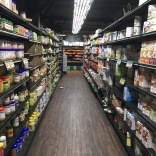 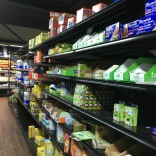 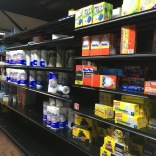 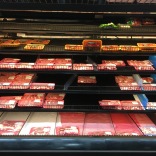 The Enterprise Rent-A-Car in the Bronx. 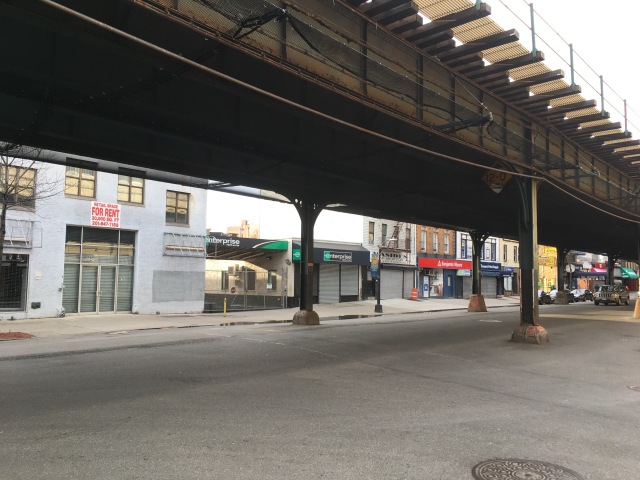 I took the van home and packed it up with U-Haul boxes: 17 small boxes of books and CDS, 6 medium and 2 large boxes of clothes and knick knacks, 8 miscellaneous boxes of electronics, 2 guitars, and 1 garment bag of suits. When we were done, it was completely full. Have you ever heard that the stones at Machu Picchu are so tightly fitted that you can’t put a blade of grass between them?

My brother flew into LaGuardia, Ubered to Inwood, and we left almost as soon as he arrived. We departed NYC at 3pm. The next day, NYC went on full shelter-in-place for all non-essential jobs.

The drive to Richmond was uneventful and, because we didn’t really stop anywhere, I barely took any pictures. Yes, I drove from Manhattan, over the George Washington Bridge, through New Jersey, over a bridge to Delaware, through Maryland, by Washington DC, and to Richmond and I barely have anything to show for it. Wait, we stopped at the Walt Whitman Service Plaza on the New Jersey Turnpike for a bathroom break. Its leaves of grass were not worth photographing. We also stopped for dinner at a shopping center in Aberdeen, Maryland where I took this. 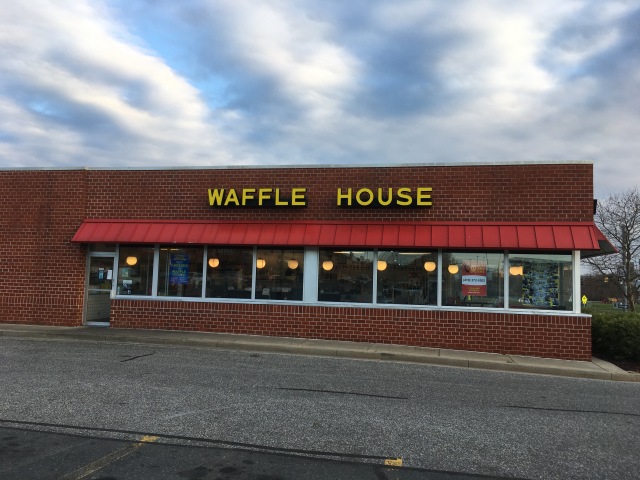 Trust me, I’ll make up for the lack of pictures in post in the future installments. We didn’t even eat at that Waffle House. Ordering over the phone and waiting didn’t seem worth so we got McDonald’s drive-through instead.

The route had us going around Baltimore but I wanted to see it, so we drove through downtown, passing Johns Hopkins and M&T Bank Stadium, where the Ravens play. What are my impressions of Baltimore as I sped through? Something like, “Wow, THE WIRE wasn’t kidding…”

I had originally planned to drive through and possibly stop in Washington DC, as I’ve never been, but due to the schedule change we drove through at night and, with everything likely closed, there didn’t seem to be any point. So I had to settle for seeing the Washington Monument from the freeway. Hoping to get back some day, after the First Amendment is reinstated, so I can lawfully assemble and petition the Deep State with all of my grievances.

We arrived at Richmond sometime between 9 and 9:30. We stayed at a Holiday Inn Express. There was no one in the lobby except for the front desk agent, my brother, and I. “How many people are staying in this hotel?” I asked. She said, “Including you? Six.”

In the next installment we drive from Richmond to Nashville with a quick stop for beer in Asheville and, along the way, discover where Dixie really begins.