Which is the more annoying pair: Cuomo and DeBlasio or Newsom and Garcetti?

Our first breakfast on the road was at Whole Foods and so was our last. Those tape marks on the floor have become de rigueur at nearly every grocery store. I just shopped at a Trader Joe’s where they recommended that people travel down the aisles one way. 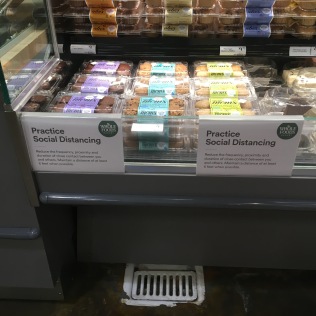 We hit at least one truck stop per day to refuel and for bathroom breaks. Love’s, TA, Pilot, Flying J. The culture of long-distance truck driving seems worthy of its own series. One thing I noticed is that truckers love Westerns, particularly Louis L’Amour. Audiobooks, too. Does Audible market to them?

Just over the Arizona-California border is the tiny desert town of Needles, during the summer one of the hottest places in the United States. The most expensive gas we saw on the trip was here, $3.99 a gallon. I started my trip in Inwood, Manhattan. After Harry died, Bess Houdini moved to Inwood and later died in Needles. Needles isn’t much of a town, but I liked it a lot. Good to be back in the California desert. 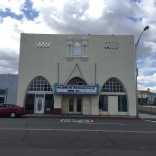 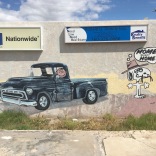 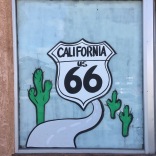 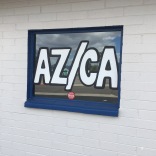 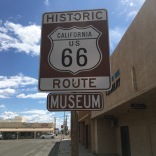 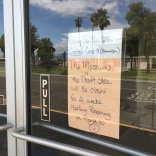 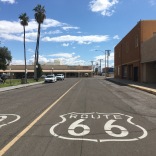 A friend recommended we eat at Munchy’s. Even though it’s not a Mexican food town, there are good tacos in NYC. But not like this. The frou-frou tacos you get there are fussy and expensive. Reliable, solid, taco joints like this, which are all over southern California, don’t exist there. (Which is fine, of course.) 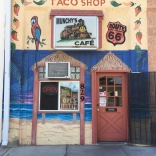 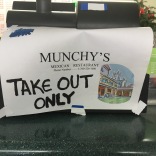 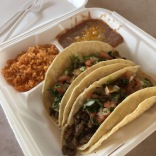 And that’s it. That’s basically the end of my trip. Barstow is only a couple hours from Needles and L.A. is only a few hours from Barstow. I’ve driven from L.A. to Barstow many times, on the way to Vegas, so no need to take any more pictures.

What did I learn about this great land of ours as I drove 3,305 from the our most populous city to our second most populous city? I mostly learned that nobody uses their fuckin’ blinker. And no, turning it on for one click after you start changing lanes doesn’t count.

4 Responses to The Coronaball Run, Day 7: Flagstaff to Los Angeles